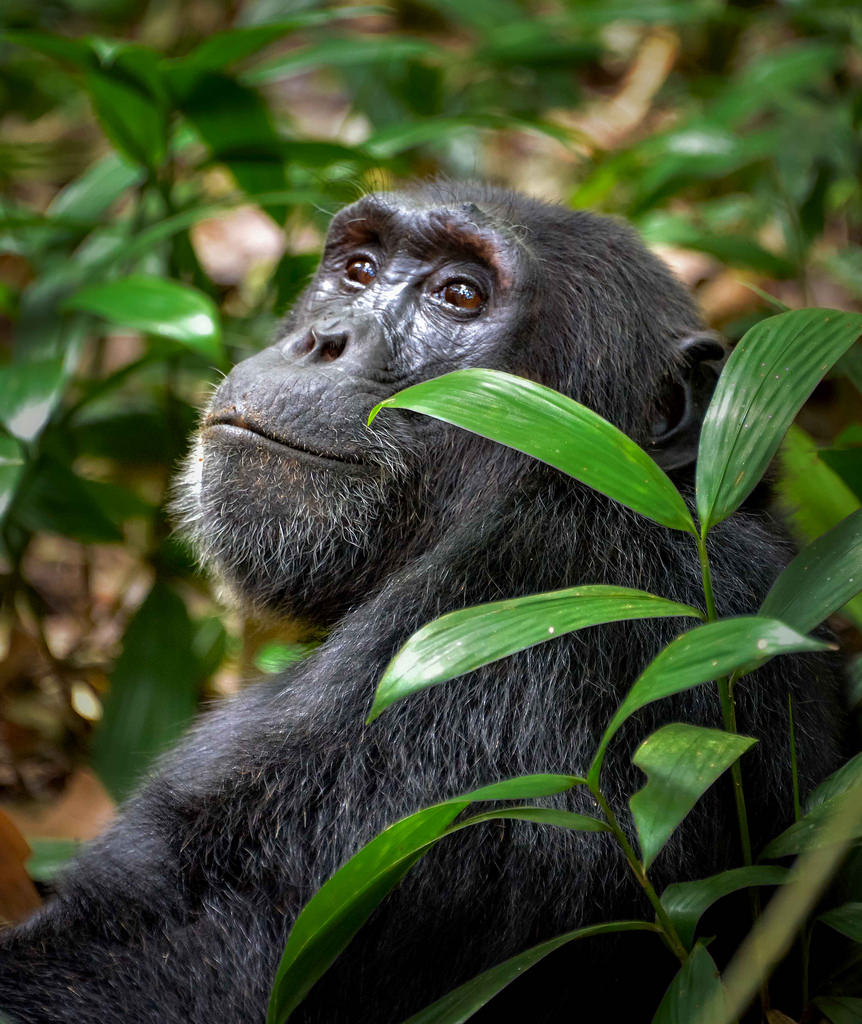 Culture in the wild chimpanzee

Scientists and psychologists alike have long understood the importance of social learning in the development of culture. Learning from other individuals can lead to consistent behavioural differences between populations over extended periods of time. This is the basis of culture, both in human and animal societies. Now, research is shedding more light on cultural varieties in wild chimpanzees regarding their use of hammers when cracking open Coula edulis nuts. The first example of primate culture was studied in 1965 when scientists observed Japanese macaques washing foraged wheat before feeding. Social learning regarding tool use has also been studied in a number of species including sea otters, elephants and several species of fish. Researchers at the Max Planck Institute for Evolutionary Anthropology, Germany, have found captivating results on the nut-cracking behaviour of wild chimps in the Tai National Park in the Ivory Coast, West Africa.
Chimpanzees used both stone and wooden tools to open Coula nuts, with each material having distinct benefits. Whilst stone hammers required approximately 20% less energy to generate the required power to open the nut, there was a clear trade-off regarding how the tool’s weight affected control: sufficient kinetic energy was required to crack the outer shell without damaging the inner kernel. Observations showed that each population had their own distinct cultural preference for hammer material and foraging strategy, i.e. the south population predominantly uses stone tools whereas the north and east chimps used a combination of materials. Stone was found to be the more efficient type of material; however, there were also differences in foraging strategy, with members in the east applying a fewer number of hits per nut.

Both the group-specific hammer preference and tool-use technique led to differences in the foraging efficiency between groups; which researchers suggested resulted in 5,400 more nuts being ingested by chimpanzees from the south of the park compared to those from the east. Whilst this may appear to have had a negative influence on fitness, the ability to crack open nuts was still culturally-beneficial in comparison to chimpanzees that do not consume Coula nuts.

The most thought-provoking part of this study is that the cultural differences between the three populations was consistent over decades, even though there was frequent female immigration at the offset of sexual maturity. Individuals will, often within weeks, conform to the social customs of that group regarding hammer material and nut-cracking strategy. For example, despite extensive knowledge of the most efficient foraging approach, a chimpanzee moving into the east group will adapt to that group-specific behaviour and sacrifice the benefits of maximising their foraging efficiency. Future research will continue to focus on the behavioural differences between populations of animals and work to identify more similarities with human societies. One aspect of this study that is particularly interesting regards active reinforcement of culture i.e. how groups maintain individual loyalty. In humans, populations will often actively reinforce loyalty to that particular group; however, this was not observed in the chimpanzees. This suggests that the changing of behaviour was due to the observations and internal decision making of each individual chimpanzee.