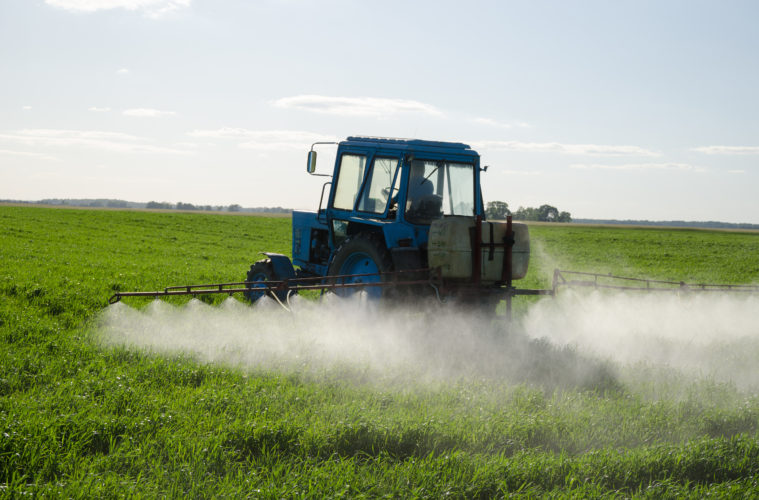 You need only watch a reality TV show to understand that a stressful environment can change expression of personality – in humans, anyway. The question of whether this concept holds true for animal species as well is a constant source of fascination for behavioural scientists, and new research out of the University of Leuven in Belgium has intriguing implications that it may.

But what causes a stressful environment for animals? Well, quite often it’s us. The process of urbanisation, as towns and their associated activities (like farmlands and roads) greatly alter the environment and ecology of an area, means local animal species must deal with some unexpected changes. Urbanisation can lead to increased temperature anomalies, increased pollution, and altered food sources for the animals trying to adapt to their new city lives.

That’s what led doctoral candidate Nedim Tüzün and his colleagues to wonder if one of these urban sources of stress—specifically anthropogenic contaminants, such as pesticides—could alter the way animals would normally behave. Could it even redefine an individual animal’s usual pattern of behaviour? Could pollution change, on the most basic level, an animal’s personality?

Tüzün and team were determined to investigate. Since most studies on the effect of urbanisation on animal personalities have focused on birds, he decided to branch out into another group of organisms entirely: invertebrates. While they may not be the biggest or the flashiest members of the biological community, invertebrates are crucially important for a well-functioning ecosystem, and simple enough to provide a clear answer to the question and a baseline for future research to build on.

So Tüzün choose azure damselfly Coenagrion puella, a humble species common throughout Europe, the larvae of which live in ponds both urban and rural. Damselfly larvae do display very basic personalities in a couple of ways: they can be active or lethargic (as measured by if they prefer to wander around a Petri dish in restless circles, or calmly stay put) and they can be bold or shy (as determined by how quickly they emerge from “hiding” after exposure to potential danger).

Then came the real test: to see if exposure to a non-lethal amount of the common pesticide esfenvalerate would change the way the larvae behaved. A few days after the pesticide exposure, once the damselfly larvae had time to adapt (in whatever way they could), the researchers repeated the personality trials and the results were striking.

In the larvae from the urban population, the exposure to pesticide greatly reduced the larvae’s levels of activity, pushing them more towards the ‘lethargic’ end of the personality spectrum. Remember that they are larvae, and over those few days they were supposed to be growing and becoming even more active—but thanks to the pesticide, they did not. In fact, the urban larvae showed a decrease in growth rate! These results weren’t necessarily the same in the rural damselfly larvae, which Tüzün and team believe is because the urban damselflies have evolved to adapt to pesticide exposure the best way that they can. The urban damselfly larvae may be adapting to pesticides by moving less and therefore lowering their metabolic rate, in order to minimise the amount of contaminants they take up. The larvae could also be eating less in order to directly ingest fewer contaminants, which would also explain their sluggish behaviour and reduced growth rate.

But the rural damselflies weren’t unaffected: when repeating the personality trials after the exposure to pesticides, the researchers realised that a positive correlation had appeared between activity and boldness in the rural larvae. Although at first one might assume that more active larvae would be bolder, the two personality traits actually seemed to be independent in the pre-pesticide trials; a larvae could be both active but cautious when alarmed, or could be lazy in general yet brave in the face of danger.

But after the pesticide exposure, these variations of personalities disappeared, and the two personality traits became linked in what Tüzün and team referred to as a “personality syndrome.” No longer diverse, damselfly personalities were reduced to two strategies only: bold and active, or shy and passive.

And this makes sense, evolutionarily speaking. When times are hard, when the habitat is low-quality, the pressures of natural selection are stronger. There’s no room for error, no room for an individual to go their own way and have a unique personality, when behavioural consistency is the key to surviving in an unpredictable environment. As Tüzün ultimately concluded his study, “Pollution may play an important role in understanding the evolution and maintenance of animal personalities in natural populations.”

So although this study only examined humble damselflies, the principle revealed in the results has heavy implications. If human activity creates a stressful environment for animal species, and if stress leads to less flexibility in terms of naturally occurring personalities—then could anthropogenic stressors like pesticides contribute to loss of another kind of biodiversity? Could we, in fact, lose personality diversity in some species? And more importantly—what would be the ecological consequences?

It is important to note, however, that urbanisation doesn’t always mean more stress. For some animals, urbanisation means more food and fewer predators—think of happily city-dwelling species, like pigeons—which can actually be a less stressful environment than normal, so it’s important to apply these principles on a case-by-case basis.

Yet ultimately, human activities have far-reaching effects on the environment and on the species we share it with that we don’t always understand, which is why it’s absolutely imperative to keep asking questions, keep looking for answers, and never underestimate the consequences that our actions may have.