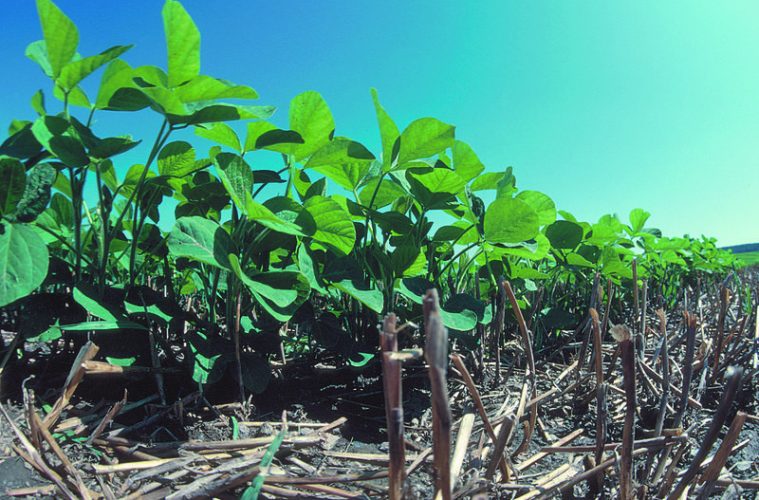 No-till farming emerges in recent studies as the single most effective way to reduce agricultural runoff, especially when taking into account our rapidly changing climate.

One of the hallmarks of the beginning of the modern environmental movement was the realisation that pollutants in agricultural runoff can reduce water quality in nearby bodies of water and even completely disrupt their ecology. The unnecessary nutrients in fertilisers have sparked algal blooms that burn through the precious stores of oxygen in a lake or river, ultimately creating anoxic conditions that lead to widespread fish deaths.

In the United States, policies called Best Management Practices (BMP) are often implemented as conservation strategies to reduce this agricultural pollution. One of the most famous strategies is known as no-till farming, which breaks from traditional agriculture by not disturbing the soil every year via tillage and instead leaves leftover organic material at the surface to protect the fragile topsoil.

Other BMPs include the creation of grassed waterways (channels that are lined with planted grass) or vegetative filter strips (areas of vegetated land located between a cropland and a waterway). Many farmers also commit to nutrient management strategies to be more conservative about the usage, placement, and timing of fertilisers, and still others construct drain structures known as blind inlets that are designed to filter out sediment or other contaminants from the water leaving the field. These BMPs vary in design, but all seek to minimise the amount of harm agriculture has the potential to cause to the surrounding environment.

Several publications have concluded that these BMPs are effective at reducing pollution and improving the quality of nearby bodies of water, yet until recently very few studies have had the foresight to examine the long-term impact and combined effects of future climate change and BMP implementation on agricultural runoff and sediment loss.

New research from Purdue University’s Department of Agricultural and Biological Engineering looks to change that. Using the Soil and Watershed Assessment Tool (SWAT) computer model—a proven way to evaluate BMP effectiveness—and combining it with climate change models, Dr Carlington Wallace and colleagues were able to analyse and predict the combined effects of BMP and climate change in years to come. Specifically, they focused on an agricultural area in Indiana near the St Joseph River basin. The area grows mostly corn and soybeans, with some pastoral land, and has been the subject of a long-term study on the effect of BMPs on conservation and water quality since 2002.

When the models were run and the results analysed, a clear winner was revealed: no-till farming was shown to be the single most effective BMP, with the models predicting that if every farm in the watershed went no-till, average annual surface runoff would be reduced by 22-25%.

The results also showed that vegetative filter strips on the edges of fields could intercept and slow surface runoff, reducing predicted sediment loss by approximately 28% if implemented wherever possible. Blind inlets were also shown to greatly reduce sediment loss, although at a more local level. Interestingly, results suggested that although neither nutrient management strategies nor the creation of grassed waterways appeared to significantly reduce surface runoff, they were effective at reducing phosphorous loss and nitrogen loss respectively. After combining multiple BMPs in different potential scenarios, the research team concluded that the ideal strategy for agricultural conservation was the implementation of all five BMPs simultaneously across the watershed. Combining BMPs is important, Dr Wallace and colleagues emphasised, because each of the five BMPs examined accomplishes slightly different purposes. For example, grassed waterways, blind inlets, and nutrient management practices have little impact on reducing overall runoff, but they do reduce nutrient loss in a way that no-till farming and vegetative filter strips don’t.

“Based on these results,” the authors explain, “the implementation of individual conservation practices may be effective in addressing a specific sediment or chemical loss concern in agricultural watersheds, but may not be as effective in mitigating the loads of unintended pollutants that could impair water quality. The combined BMPs, however, were the most effective in reducing surface runoff and pollutant loses simultaneously under current and future climate scenarios.”

Yet if implementation of all BMPs at once was not possible, Dr Wallace’s results also demonstrated that the conversion to no-till farming alone across the entire watershed would be almost as effective. It’s now very clear that no-till farming is the single most important way to reduce surface runoff from agriculture, and the researchers urge its application on as many croplands as possible.

As the authors point out, “Implementation of environmentally safe and economically viable conservation practices is critical not only to agricultural lands, but also to the consumers that use the water resources for drinking and recreation.”

Thankfully, BMPs (especially no-till farming) truly are effective in reducing this pollution. Widespread implementation of BMPs and combining them as much as possible is the best way forward for agriculture, especially with an uncertain future facing us as the worldwide climate is anticipated to change rapidly.

Since cost-effectiveness will always be a factor when evaluating any policy, it’s true that not all farmers may be able to afford to adopt all the BMPs available. Yet doing something is always better than doing nothing at all when it comes to conservation, and continuing financial incentives and the support of state and federal governments is crucial in making this happen. It may be possible to balance commercial-scale agriculture and feeding a nation with safeguarding of the natural environment—but only if we are motivated to turn theory into reality.