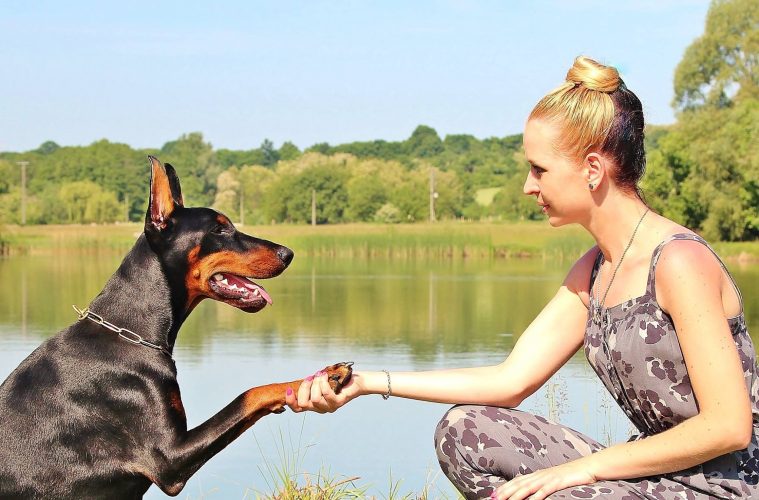 Made in Our Own Image

New research suggests that the process of domestication has caused dogs to evolve complex sociocognitive skills, and are even more similar to humans than our closest ape relatives in this regard.

The ingenious human mind is undeniably unlike that of any other species on Earth, and one of the potential explanations posited by scientists for this phenomenon is known as the “cultural intelligence hypothesis”: the idea it is our incredible powers of social reasoning which makes human cognition so unique.

This would seem to suggest that no other species could possibly match our social prowess if even our closest relatives can’t keep up, but new research with humankind’s oldest companion Canis familiaris may indicate that human social skills are not as unique as we like to think. Dogs also use cooperative communicative signals and although in most cases they cannot match human intelligence, a dog’s social cognitive abilities do come impressively close.

The “domesticated cognition hypothesis” has been proposed to explain this, suggesting that the artificial selection humans imposed on dogs put them under pressure for ‘survival of the friendliest’—which led to converging skills for cooperative communication between ourselves and our domesticated familiars. Under this hypothesis, dogs have evolved to be so like ourselves that they should outshine even our fellow apes at cooperative communication. The domestication of dogs likely influenced their social cognitive abilities to be more like ours. © Pixabay/ToNic-Pics

To test this hypothesis, an international team of researchers had 552 dogs take a series of twenty-five different “cognition tests,” similar to those used on human infants and chimpanzees in previous studies, in order to assess the dogs’ cognitive processes and ability to reason about the social and physical world. The problem-solving tests the dogs faced evaluated a variety of cognitive skills such as memory, the ability to ignore distraction, or the tendency to solicit others for assistance when facing difficulties. The team employed both working dogs and family pets, of a variety of breeds and training backgrounds, and naturally all the canine participants were well-compensated for their time with both food and treat rewards.

In the end the assumption of the domesticated cognition hypothesis held true: the dogs clearly displayed more human-like social cognitive skills than the chimpanzees did. In particular, dogs and human infants/toddlers both quickly understood the meaning of a social signal (such as a researcher gazing or pointing at the location of a hidden reward) and could use this information to solve the task. By comparison, chimpanzees struggled to recognise and utilise such signals.

Furthermore these cooperative communication skills were shown to be independent from a dog’s capacity for reasoning about the physical world, and cannot be attributed to “general” intelligence. That would seem to support the hypothesis that it is the domestication of dogs by humans which drove the evolution of dogs’ human-like social cognition after Canis familiaris diverged from the gray wolf Canis lupus. After all, selection for high social tolerance and reduced aggression occurred both during human evolution and dog domestication.

Yet as we all know, gray wolves are exceedingly social creatures themselves and are infamous for their cooperative hunting. It’s obvious that at least the potential for strong social skills originated with the wolves, and repeating this study with wolves would shine more light on to what extent a dog’s human-like social cognition is the result of either domestication or gray wolf evolution.

While this research does reveal the incredible cognitive similarities between mankind and man’s best friend, the authors of the study warn that this doesn’t necessarily mean Fido is thinking what you’re thinking. “Although dogs exhibit flexibility in their communication with humans, and may understand some psychological states in others,” the authors explain, “it is likely the two species cognize these interactions in different ways.”

Still, these results do indicate that dogs could be a better model species than nonhuman apes for researchers studying the development and evolution of human sociocognitive skills—and reveals that humanity’s exceptional powers of social reasoning may be best reflected in the species we shaped to be that much more like us.