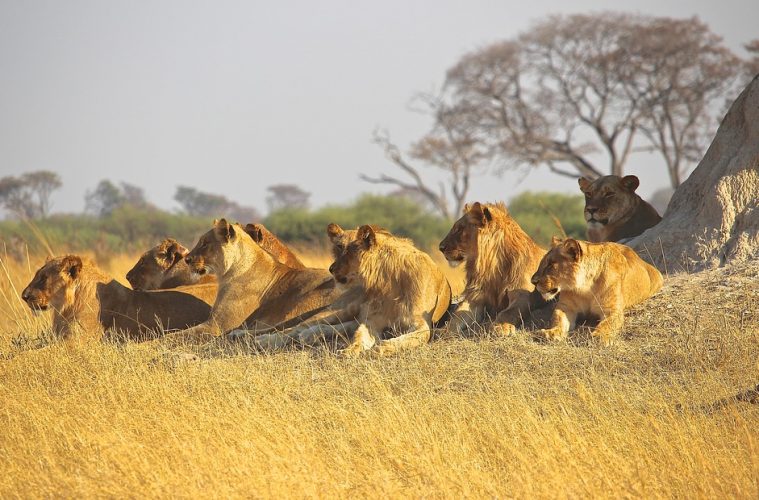 For the Lion’s sake, we must take pride in Protected Areas

Lions (Panthera leo) are arguably Africa’s most iconic carnivore.  Unfortunately, this fiercely charismatic cat has undergone severe declines in numbers and range in recent decades. Lion numbers reduced by as much as 43% between 1993-2004.  Fewer than 23,000 individuals remain and they are listed as vulnerable on the IUCN red list. Clearly, an insight was needed into the main threats that face lion populations across Africa. So an extensive survey was conducted into African Protected Areas (PAs), which cover over 50% of lion range.  The study, led by wild cat conservation organisation Panthera, concluded that PAs were largely underperforming in their conservation effort.

Protected areas cover 14.7% of Arica’s land area and are seen as essential tools in conserving Africa’s incredible range of beautiful, threatened and endemic species; including lions.  The lion’s role as an apex predator not only makes it hugely important for a functioning ecosystem but has given it symbolic status as an animal of power and prowess. This draws in significant economic value from wildlife tourism and trophy hunting alike.

The survey in this study collated a large amount of information about lions and their prey in 186 PAs spanning 24 countries across Africa. The scientists used the data to assess whether lion populations in the reserves were at their ‘carrying capacity’ – an ecological term used to refer to the maximum population size a habitat could potentially sustain.

The study found that only a third of PAs examined are currently conserving lions at more than 50% of their potential. Worse still, the scientists found that there were several places where lions were under 50% of their carrying capacity in all PAs. In several areas, all lion populations were declining. However, the scientists calculated that Africa’s protected parks and reserves are capable of supporting an incredible 83,212 lions – that’s three to four times the current population!

The study points to a number of factors that are threatening lions and their prey. Poaching for the bush-meat trade, where animals are illegally killed for human consumption, was singled out as the most substantial problem. The bushmeat trade was associated with other detrimental factors such as logging, human encroachment and poaching for non-meat body parts. The human population is expected to boom from 1.1 to 2.8 billion by 2060: with this will come a much greater demand for resources and subsequently less space for wildlife to survive. The study showed that human settlement in PAs had a negative impact on lions and their prey suggesting it is essential to keep them free from human pressure.

Investing in the future

Lions appear to be faring rather better in some regions including Botswana, Kenya, Namibia and South Africa, where they occur at over 50% of carrying capacity at a substantial number of reserves. The study mainly puts these successes down to good management practices. Good practice includes putting up fencing which is thought to prevent encroachment from humans and livestock and encouraging eco-tourism such as wildlife photography tours.  Eco-tourism is one way that countries can generate income for conservation, while at the same time promoting sustainable growth.

Effective management is underpinned by substantial financial support. The authors recommend that Africa and the global community alike invest much more in Protected Areas. Aside from lion and wildlife conservation, there are plenty of other incentives for investing, including increased tourism, job creation and ecosystem services.

“Lions and their wild landscapes require nothing short of a wealthy and immediate investment from the global community,” says Dr. Paul Funston, Panthera Senior Lion Program Director. “Everyone from donors in New York City and African nations to international governments, corporations, foundations and NGOs who want to be a part of the solution in saving one of our planet’s most remarkable wild animals.”

What the future has in store for Africa’s lions remains uncertain, but one thing’s for sure – we must take pride in Protected Areas. If Protected Areas are managed to their full potential, cared for and invested in then lions, wildlife and local communities will have the opportunity to thrive.