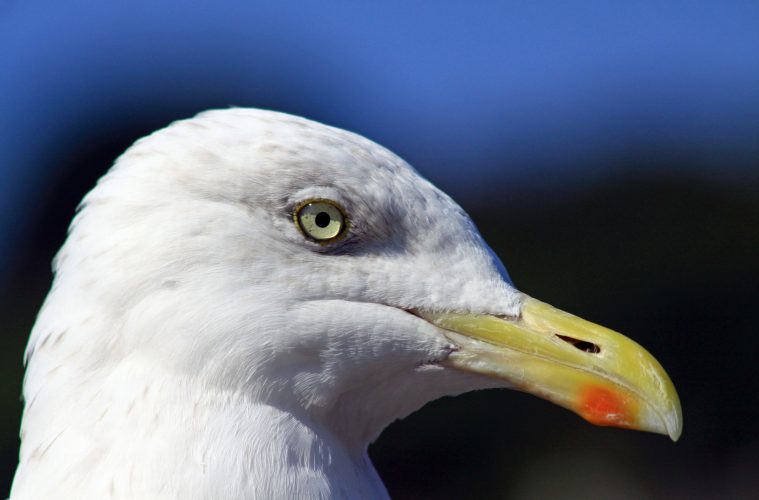 The recent rapid decline in breeding gull numbers at one Scottish colony has been linked to falling fish discards at a nearby port.

The research, recently published in Bird Study, makes use of one of the world’s longest running annual seabird monitoring sites on the Hebridean Isle of Canna. Members of the Highland Ringing Group in collaboration with the University of Glasgow have combined this seabird data with the Scottish Government data on demersal (bottom-dwelling) fish landings at the port of Mallaig, 30 miles away from Canna on the northwest coast of Scotland.

Gulls belonging to the Larus genus (the ‘classic’ seagulls, such as herring gulls and black-backed gulls) are famously opportunistic scavengers and discards from fisheries form a significant part of their diet, particularly those of demersal fish living on or near the seabed. Helpfully, demersal fish landings are an accurate proxy for the volume of fishing discards upon which large gull, such as the herring gull (Larus argentatus), can feed.

The parallel fate of Canna herring gulls and Mallaig fish landings is striking.

Back in 1985, when there were over 1,000 herring gull territories on Canna, local fishing fleets were landing upwards of 13,000 tonnes annually. Fast-forward to 2014 and Mallaig fish landings had dropped to below 5,000 tonnes, with Canna now hosting fewer than 100 herring gull territories. Lead author Simon Foster and colleagues were led to ask: what evidence is there for a causal link between the concurrent declines?

The researchers, supported by the Joint Nature Conservation Committee (JNCC) and National Trust Scotland (NTS), used detrended correlation to explore the relationship between gull numbers and fish landings. As Foster explains: “the detrended analysis shows that herring gull breeding numbers are still correlated with demersal landings at Mallaig after taking out the long term trends from both data sets. So not only have both declined, but the data are still correlated when looking only at year-to-year variation around the trend line. This strengthens the interpretation that there is a causal relationship there.”

The value of long-term studies

“The study on Canna provides strong supporting evidence that gull numbers can be influenced by food availability (in this case demersal fish landings) and if this source changes then the numbers of breeding gulls appears to change”, Foster explained to Biosphere.

This could have important implications for the conservation of gulls and other seabirds relying on fishery discards as a source of food. Despite their unfortunate reputation as urban bullies, these gulls are in fact listed as UK Birds of Conservation Concern, with the herring gull appearing on the Red List – not a place any bird wants to be.

And yet, for the gulls on Canna, it probably isn’t time to panic just yet. Foster again: “if you look over a short time period you can see large changes, however over a longer period and using anecdotal information from the 1930s it becomes apparent that Canna gulls may be returning to more normal, albeit lower levels.”

With a study stretching back 48 years, and a skilled and dedicated team of volunteers behind it, one thing’s for certain: the Canna seabird study promises to continue illuminating the shifting fortunes of gulls and other seabirds for years to come.