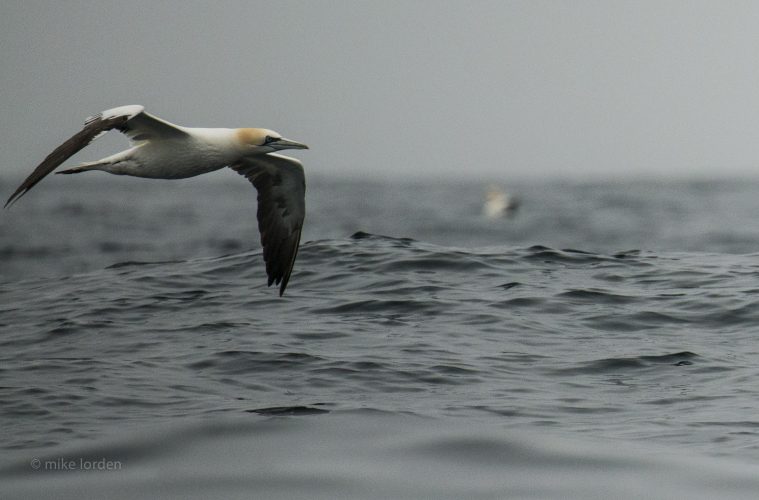 A newly-published review of the latest research on seabirds and offshore wind farms has highlighted which species are deterred by the structures and which are intrigued, with important implications for the impact that this increasingly popular form of energy production may have on seabird populations in years to come.

Offshore wind farms may have at one time seemed like a futuristic fantasy, but they are now an actualised technology and are rapidly expanding across European waters. In the face of global climate change it is abundantly clear that our planet is in need of renewable energy sources with a low carbon footprint, and yet we cannot forget to analyse the impact of these large structures’ real and physical footprint as well.

In particular there have been concerns raised by scientists and conservationists in regard to the impact offshore wind farms may have upon seabirds populations. Many seabird species are already endangered or of increasing conservation concern, and in the midst of the ongoing construction of new wind farms by many nations, it is imperative to be informed of the potential threats that offshore wind farms may or may not pose to seabird populations.

With all of this in mind, an international team of researchers from both German and Scottish universities have recently teamed up to analyse the major studies published to date on seabirds and offshore wind farms. Based on the best available data, the research term divided 33 seabird species into several categories: those species that generally avoided wind farms, those that were attracted to wind farms, and those species whose patterns of behaviour were overall unaffected by the presence of wind farms.

This analysis provides a succinct and much-needed research review, offering policymakers a go-to guide on which species are likely to be affected in which ways. Yet it is important to remember that the researchers were only analyzing studies on seabird displacement and did not address the topic of direct seabird collisions with wind turbines—which is yet another conservation concern and certainly worth a closer look.

Of the 33 species of seabird analysed by this study, the researchers discovered that two species in particular (the great cormorant and the European shag) are strongly attracted to offshore wind farms and can often be found resting on the structures, taking full advantage of a platform that was not there previously. Several other species, including the red-breasted merganser and most common species of gull, also appeared to increase their presence in a given area after the offshore wind farms were built.

Conversely, species such as the long-tailed duck, Manx shearwater, and northern fulmar seemed reluctant to approach wind farms. A few seabirds (such as the red-throated diver, black-throated diver, and northern gannet) were so obviously deterred by the foreign structures that they disappeared entirely from areas where they were once commonly seen. Finally, a handful of species including the common eider, common tern, and Arctic tern did not seem to be affected by the presence of wind turbines one way or another. The red-throated diver is one of the species strongly displaced by offshore wind farms. © Gregory Smith/Flickr

While various species of seabird clearly react differently to wind farms, it’s not immediately obvious which behaviour is preferable from a conservation perspective. Assumingly, the birds that are drawn to wind farms may be more likely to collide with the turbines, yet the birds that purposefully avoid wind farms may indirectly suffer as well. If these birds are constantly flying “the long way” around wind farms, then these repeated detours could become costly. That’s an awful lot of unnecessary time and energy expended, especially if there are a large number of wind farms to avoid. This displacement could be especially concerning if it deters seabirds from traveling to their usual breeding or feeding areas.

Offshore wind farms are known to alter the ecology of the ocean in several ways, and the authors speculated on the myriad of reasons why wind farms could cause this change in seabird behaviour. For example, wind turbines increase bottom structure on the seafloor, prompting colonisation by marine organisms and possibly increasing local food availability for birds. Wind farm areas are also typically closed to fishing vessels, and the absence of fishers could make an area either more or less appealing to various species, depending on their typical interactions with fishers. Perhaps most simply, the sheer physical structure of the turbines could be interpreted by different bird species as either something to be wary of or as an opportunistic roosting area.

Regardless of the particular reasons, there does appear to be large variation in how different seabird species react to offshore wind farms—and this could make the situation complicated for European governments trying to expand their renewable energy resources while being mindful of ecological impacts. Making informed decisions based on the best available science could help prevent scenarios in which governments realise after the fact that their new offshore wind farm cuts off certain seabird species from reaching key breeding or feeding areas, for example.

As our warming planet continues to break increasingly alarming carbon-level records and the threat of climate change becomes ever more dire, it is obvious that renewable energies can and should be utilised—yet clearly there are many factors to consider and much more research to be done if we are to pursue this particular form of renewable energy in a responsible and ecologically-friendly way.