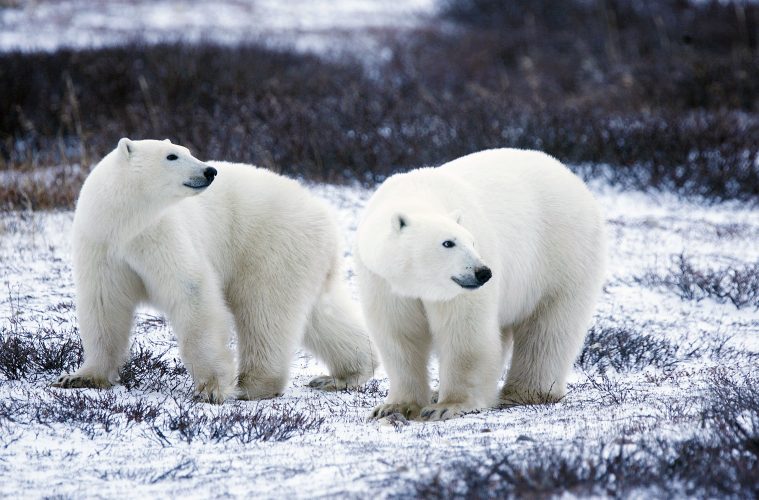 New research into the impact that the accelerating loss of sea ice is likely to have on polar bear populations highlights the need for preemptive action as the species is projected to reach Vulnerable conservation status.

Polar bears (Ursus maritimus) are reliant on sea ice for most aspects of their lives, which puts them at great risk as a result of climate change: the rising levels of greenhouse gases in the atmosphere that lead to rising global temperatures, which in turn causes sea ice to melt.

Recently, researchers used satellite data from 1979-2014 to calculate sea ice concentrations through time. Generation length was also calculated for polar bears based on the average age of female polar bears with new cubs, using live-capture data, and amount of sea ice was projected forward for the next three generations.

Overall, estimates placed reductions in population size at 30-50%. This would place polar bears in the Vulnerable category in the IUCN Red List of Threatened Species, putting them at high risk of extinction in the wild.

For many Vulnerable and Endangered species, their population declines occurred long before scientists and conservationists began drawing attention to their plight. Yet for the polar bear, we have the evidence and research to forecast their decline before it occurs, giving us a rare window of opportunity to implement policies that combat climate change and therefore safeguard polar bear populations into the future.