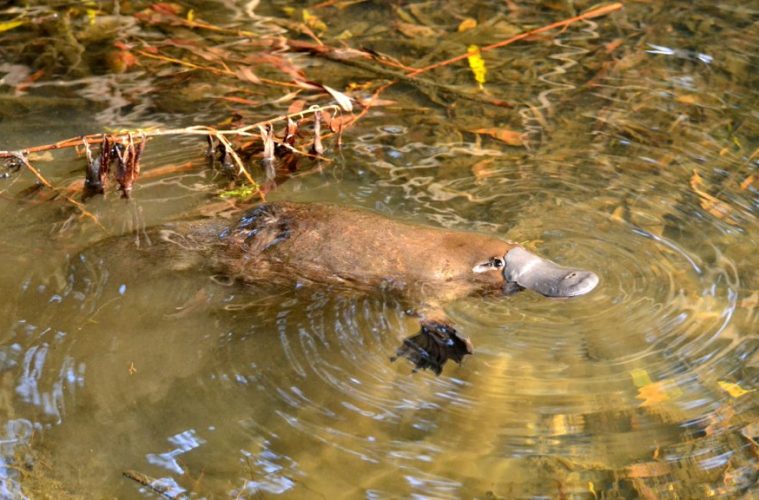 Could platypus venom give us a new treatment for diabetes?

New research led by the University of Adelaide and Flinders University has revealed that a possible treatment for type 2 diabetes could originate from platypus (Ornithorhynchus anatinus) venom. Evolutionary pressures have caused the hormone that is produced in both the platypus’ gut and venom to be highly effective, and this may soon reap benefits for humans.

What is Type 2 Diabetes?

Our blood sugar levels are controlled by hormones produced by our pancreas: glucagon increases the amount of sugar in our blood, and insulin lowers it. It is insulin that creates the problems in diabetics. To be able to release insulin, humans and animals have create a substance in their gut called glucagon-like peptide (GLP) hormone. This hormone causes insulin to be a released into our bodies to reduce our blood sugar levels. However, it has a short life, breaking down within minutes.

With type 2 diabetes, the GLP hormone is not enough to manage the blood sugar levels, due to cells being unable to properly respond to the amount of insulin released. It can also be caused by abnormally high glucagon levels in the blood, which counter-acts the effect of insulin. Treatment currently involves giving patients medication that contains a longer lasting variant of the hormone, making the cells more responsive, to give extended insulin release.

Now this new research, published in Scientific Reports, has discovered that platypuses and their relatives have evolved a longer-lasting GLP hormone naturally, allowing for the possibility of a novel treatment to be developed.

Platypuses are in a group of mammals called monotremes, which also include four species of echidna (Tachyglossidae). They are an unusual mix of different parts of animals; they have fur and produce milk, the same as mammals, but also have a bill like a duck, and lay eggs like reptiles.

Male platypuses also possess spurs on their hind limbs, which contain crural glands that secrete venom. The venom is only produced during the breeding season and as such is usually only used for competing for breeding rights with females. However, the venom is strong enough to be capable of killing or paralysing small animals, and can be very painful for humans. The bone spur of a male platypus is located on the hind limbs, and secretes their venom/ Wikimedia Commons

Platypuses produce GLP hormone in their gut just like we do, but they have also put it to use in their venom, although what role it plays exactly is still unknown. Because this molecule needs to accommodate both functions, being present in the venom has driven GLP hormone to be more resistant to degradation over time and in fact it involves a completely different mechanism.

Therefore the platypus version of GLP has a longer-lasting effect than the human version, both in their venom and for releasing insulin in their pancreas. Echidnas have also been found to produce this venom but lack the spurs to secrete it, though no one knows yet why this might be. But as these stable molecules are in high demand for type 2 diabetes treatment, it is exciting to find a new source of them.

“This is an amazing example of how millions of years of evolution can shape molecules and optimise their function,” said one of the lead authors, Professor Frank Grutzner.

Although this is a great finding, there will be lots of future research needed to make this into a treatment for type 2 diabetes. The next step is to test the molecule’s effect on blood sugar levels in mice in order to see how it responds in a different animal. Hopefully, one day we will be able to improve existing treatment by utilising this stable GLP hormone from the platypus.