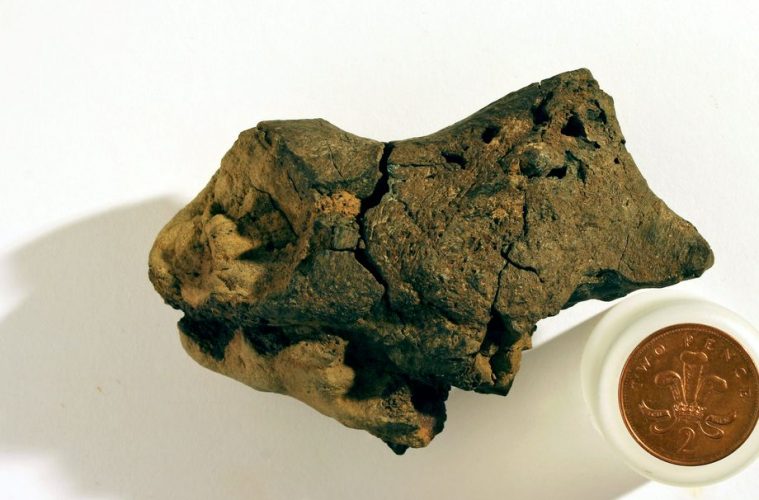 For the first time ever, researchers have identified what many may see as just an ‘unassuming brown pebble’ as a highly preserved dinosaur brain.

The specimen was first found over a decade ago in Sussex by fossil hunter Jamie Hiscocks. “I have always believed I had something special. It wasn’t until years later that its true significance came to be realised,” said Hiscocks. The fossil’s true significance came about thanks to research co-ordinated by Dr David Norman from the University of Cambridge and Professor Martin Brasier from the University of Oxford, who unfortunately died in 2014.

The authors of the study, which was published in a Special Publication of the Geological Society of London, published in tribute to Professor Martin Brasier, believe that this brain belongs to a species of Iguanodon or similar ornithopod dinosaur that existed approximately 133 million years ago. This fossil marks a great leap forward in the knowledge of dinosaur brains as soft tissue fossils are incredibly rare. “The chances of preserving brain tissue are incredibly small, so the discovery of this specimen is astonishing,” said co-author Dr Alex Liu of Cambridge’s Department of Earth Sciences.

The researchers believe this particular fossil belonged to a dinosaur that ended up in a highly acidic, oxygen-poor environment such as a bog or swamp shortly after death. This environment allowed the soft brain tissues to become mineralised before they decayed, leaving a highly preserved fossil of the original tissues.

In collaboration with the University of Western Australia, the researchers were able to use scanning electron microscopes to identify the various tissues and blood vessels surrounding the brain.

The tough tissue surrounding the brain, known as the meninges, and the mineralised ‘ghosts’ of small blood vessels and cortical tissues were all identified during insepction of the specimen. They also found that the structure of the brain tissues was similar to those found in modern-day descendants of dinosaurs such as birds and crocodiles.

Contrary to the belief that all dinosaurs had tiny brains, this particular specimen appears to suggest the brain may have been big enough to press right up against the dinosaur’s skull. However, the researchers are cautious about drawing conclusions regarding brain size from this single fossil as the shape of the brain may have been distorted over time.

“As we can’t see the lobes of the brain itself, we can’t say for sure how big this dinosaur’s brain was,” said Norman. “Of course, it’s entirely possible that dinosaurs had bigger brains than we give them credit for, but we can’t tell from this specimen alone. What’s truly remarkable is that conditions were just right in order to allow preservation of the brain tissue — hopefully this is the first of many such discoveries.”

For a closer look at the specimen, check out this video from the University of Cambridge: