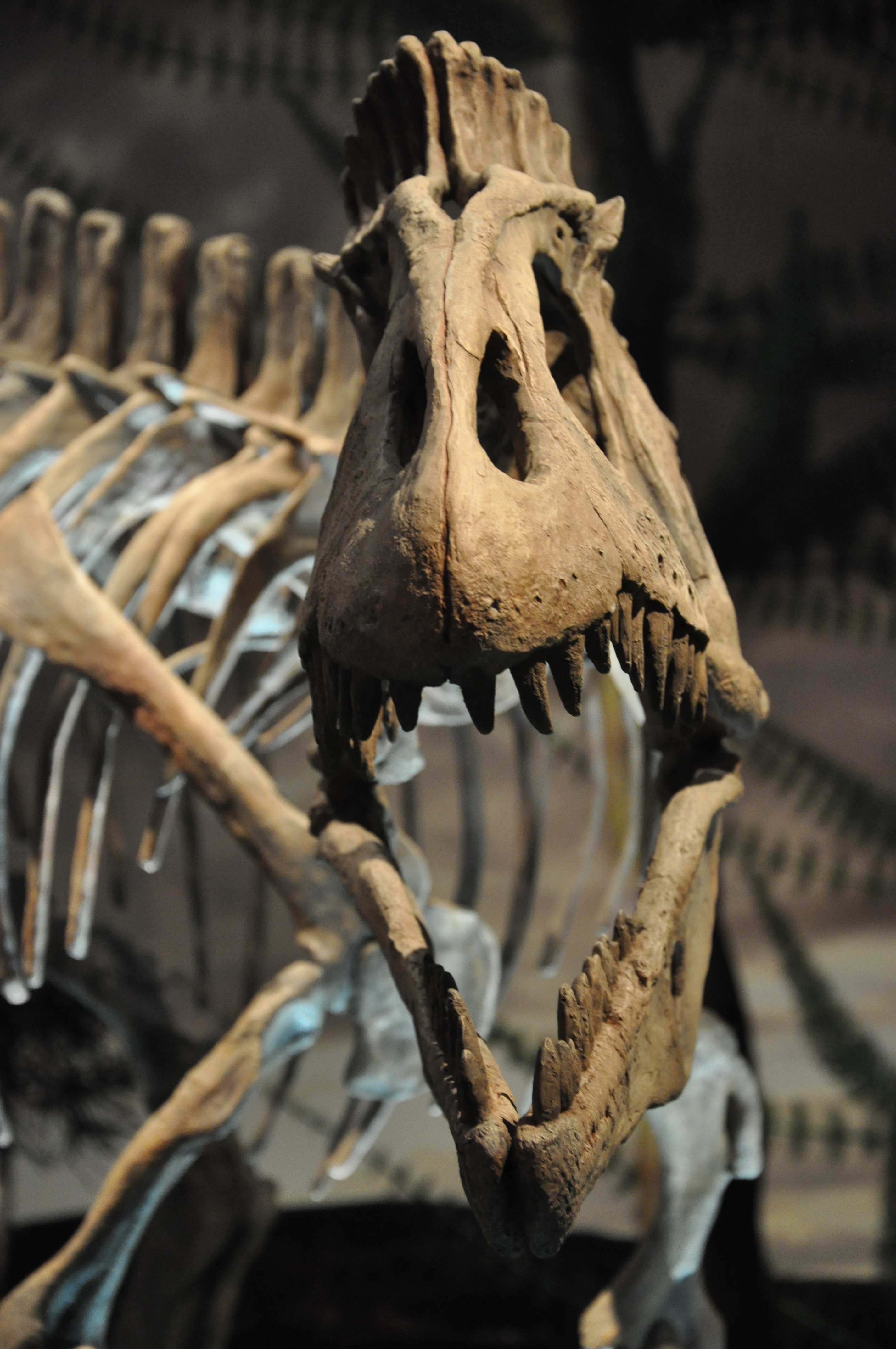 Evolution of Size Linked to Ornamentation in Dinosaurs

A recent study has uncovered that whether the dinosaurs developed cranial ornamentation may have been connected to their evolutionary size strategy.

Ornaments are morphological features used for visual communication, and in many species alive today an ornament is a feature specifically for attracting a mate. Fossils indicate that many dinosaurs possessed exaggerated features or structures which could have been used in mate attraction, in competition, or in other situations. However, since we are unable to study the behaviour of extinct species, it is often not possible to know for certain the function of any given feature.

The theropods were a group of mostly meat-eating dinosaurs containing species that varied greatly in size from the formidable Tyrannosaurus rex to the tiny troodontid. Many theropods had bony head ornamentation and a new study found that the presence of these ornaments is linked to the dinosaur’s size: large body size evolved in conjunction with the evolution of head ornamentation. The researchers found that theropod groups that evolved ornaments often crossed the threshold of gigantism (reaching over 1000 kg) much more frequently than those that were unornamented. They also identified a minimum size at which the evolution of bony ornaments occurred, meaning that very small theropods did not evolve ornaments at all.

Ornaments can also provide interesting insights into extinct animal’s lifestyles and evolution that would otherwise be difficult to infer. The authors suggested that many bony ornamented theropods may have lived in open habitats, where they could be seen easier than in closed habitats and could therefore attract a mate with greater ease.

In addition, the study found evidence for the acceleration of the evolution of body mass in dinosaurs after they evolved ornaments. Previous studies have found that accelerated evolution of body size is driven by factors such as locomotion and diet, yet this study shows that purely aesthetic features with the potential purpose of attracting a mate also play a key role.

In one group of theropods bony head ornamentation did not evolve at all, and the scientists suggested that this was due to the evolution of feathers as a means of display instead. Unlike a bony ornamentation, feathers can be molted and regrown throughout an animal’s life to clearly indicate the quality of resources the animal had access to during that specific period of time. In contrast, if an animal with a bony ornament experienced a temporary reduction in resources during the growth of their ornament, this signal of poor health would reflect in their ornament throughout their life.

As demonstrating one’s good health is a key factor in attracting a mate, the ability to signal accurately is critically important. The use of display behaviours similar to those seen in birds today may well be the reason that the ancestors of modern birds developed feathers in the first place, which then proceeded to allow them to evolve the remarkable ability of flight.

The exact nature of how and why size and head ornamentation are correlated in therapods is yet to be teased apart, but this recent study proves there is always more to discover about evolution and about the fascinating dinosaurs who once walked, ran, hunted, and bred on every corner of our planet.