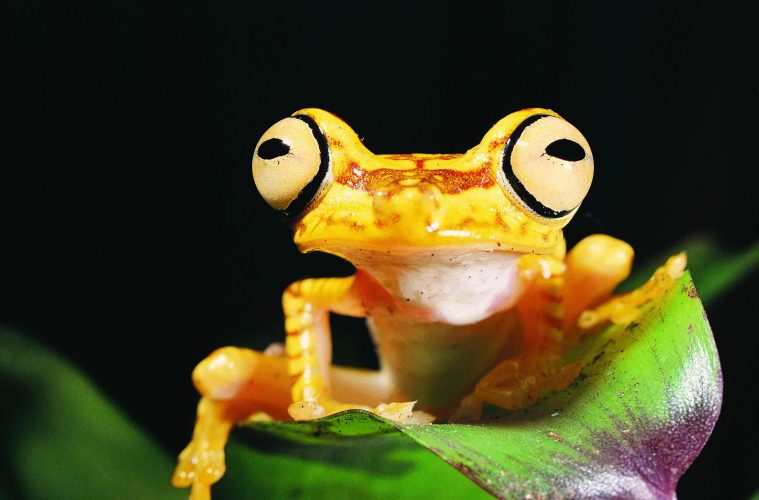 Global vertebrate populations have declined by 58% since 1970

The world’s vertebrate populations, which includes all mammals, bird, fish, amphibians and reptiles, have decreased by 58% in just over 40 years. That’s right, in under half a decade, the number of non-human vertebrates on Earth may have dropped by more than half.

This shocking statistic was revealed in a new report by the World Wildlife Fund (WWF). Using the combined data of the Global Footprint Network and the Zoological Society of London (ZSL), along with other sources, on over 14,000 vertebrate populations of 3,706 species between the years of 1970 and 2012, WWF identified plummeting populations in vertebrate populations worldwide.

On average, vertebrate populations are declining by 2% each year with no sign that this rate will decrease. The rate of decline is different for different vertebrate groups with some of the lowest declines seen in grassland and the highest seen in freshwater species.

Global Living Planet Index: Declining trend in vertebrates from 1970 to 2012.

Climate change, pollution, invasive species and infectious diseases are all cited as factors contributing to these vertebrate declines, but the leading causes are the continuous over-exploitation of wildlife and increasing habitat loss, driven by the increasing food and energy requirements for the growing human population. Approximately one third of the Earth’s total land area is currently used for agriculture and the agricultural industry accounts for 70% of global freshwater use.

In the same period of time as this study, the global human population almost doubled; increasing from 3.7 billion to 7.1 billion (The World Bank) with no sign of slowing, making it increasingly difficult to find realistic solutions to this environmental crisis.

Aquatic species most at risk

As well as habitat loss and over-exploitation, freshwater amphibians such as frogs are also facing the rapid spread of the deadly “chytrid” fungus, which has caused devastating population losses throughout Asia.

Without any intervention, the WWF believes that global vertebrate populations are likely to continue decreasing, with estimates suggesting they could decline by up to two-thirds by 2020.

“This research delivers a wake-up call that for decades we’ve treated our planet as if it’s disposable,” said Carter Roberts, WWF president and CEO. “We created this problem. The good news is that we can fix it. It requires updating our approach to food, energy, transportation, and how we live our lives. We share the same planet. We rely on it for our survival. So we are all responsible for its protection.”

The report warns that these vertebrate declines can have serious consequences for other plants and animals that can disrupt ecosystems and drive further loss of biodiversity. Not only is this bad news for wildlife, it also does not bode well for humanity, as these declines are placing increased pressure on the natural resources that all life on Earth depends on.

In conclusion, the report demonstrates the lasting damage our species is currently having on the natural world and urgently calls for a global change on how we value and treat the environment and its resources.

“A strong natural environment is the key to defeating poverty, improving health and developing a just and prosperous future,” said Marco Lambertini, WWF director general. “We have proven that we know what it takes to build a resilient planet for future generations, we just need to act on that knowledge.”