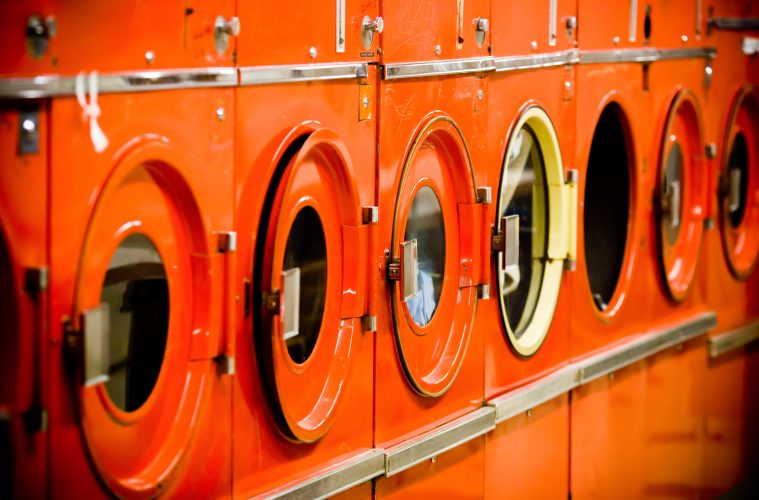 Washing Your Laundry Pumps Microplastics into the Ocean

Every load of laundry piled into a washing machine could release over 700,000 plastic microfibres, according to new research. So each cycle is contributing to a growing environmental crisis any way you spin it.

The conversation surrounding plastic pollution in the ocean is often illustrated with unpleasant images of dirty rubbish-strewn beaches, sea turtles caught in abandoned fishing line, or dead seabirds with stomachs full of bottle caps; yet the most common form of marine plastic is as invisible as it is insidious, small in size but a large cause for concern.

Microplastics have contaminated every sea and ocean worldwide and scientists are just beginning to understand their disturbing impact on the marine environment. Eating plastic is hardly healthy for any species and when these deceptively prey-sized microscopic particles are consumed by marine organisms they can leach toxic chemicals or be passed up the marine food chain. Humans are part of that food chain too, and it’s been discovered that microplastics are widely present in the shellfish and crabs harvested for human consumption.

Of the myriad types of microplastics in the ocean the most common shape by far is thin microplastic fibres, vastly outnumbering microbeads or other fragments. Scientists have long speculated that one key source of microfibre pollution in the ocean could be as mundane as it is mandatory: washing clothing.

Startling new research from the Marine Biology and Ecology Research Centre of Plymouth University demonstrates clearly that this is indeed the case and every load of laundry piled into a washing machine is one more injection of a disturbing number of plastic fibres into the environment.

Scientists collected and tirelessly counted the hundreds of thousands of microfibres released by each load of clothing after a typical washing cycle in a common household washing machine. To be absolutely thorough, the research team meticulously laundered three different types of fabrics under various combinations of conditioners, detergents, and temperatures.

The researchers discovered that an alarming amount of microfibres are released from everyday clothing, especially from acrylic fabrics—just one load of typical acrylic clothing releases an average of 728,789 microfibres.

Clothing composed of a polyester-cotton blend was responsible for less pollution, releasing 137,951 microfibres per wash on average, but this is still a considerable and concerning amount. The results also implied, though less conclusively, that using less conditioner and favouring bio-detergent over standard detergent may result in fewer fibres being released. In any case, that’s a lot of microfibres being released in each load, far too many for the washing machine’s filters or even industrial wastewater treatment plants to catch. The end result of this is that a large portion of the fibres released in each load of laundry are washed straight out to sea.

Even if the microfibres are filtered out at wastewater treatment plants, they are then incorporated into a waste product known as “sewage sludge” which must still be dumped somewhere on land, as a fertiliser for example. From there microfibres can be washed out to rivers and streams by rainfall and runoff—where they end up in the ocean anyway, showing clearly that plastic’s prized durability is a double-edged sword and makes even these microscopic bits of it almost impossible to get rid of.

Numbers on this scale are astounding when they are compounded for every household on the planet that uses a washing machine at least once a week.

Lately, as awareness of the harmful effects of microplastics has increased lately, the microbeads present in some facial cleaning products and toothpastes have featured prominently in the news, as have attempts to ban them. Yet microfibres are much more prevalent in the marine environment than microbeads and as this study shows, they will be far harder to fight. Facial products are optional, and many brands exist that don’t contain microbeads—but reducing usage of a product as universal as the shirts on our backs will be much less straightforward.

So what can be done? Obviously, the more people that adopt eco-friendly practices like reducing loads of laundry (which also has the benefit of saving water) the better, but voluntary lifestyle changes alone will not be at the scale needed to address this global problem to which millions of people are contributors.

Inventive ways to enhance a washing machine’s capacity to filter for microfibres or improve treatment at wastewater treatment plants may help, but ultimately the only way to reduce the level of plastic pollution that originates from washing laundry is to cut straight to the source and manufacture clothing that releases fewer fibres when washed.

As the authors of the study remarked, “Minimising fibre release at the design stage should be regarded as the most effective priority in a management hierarchy.”

The science behind why and how different fabrics shed fibres is hardly new ground and the textile industry has studied it extensively; what needs to change is our changed priorities when taking this aspect of materials into account.

Solutions will not appear overnight, but the results of this study make it abundantly clear that marine microplastic pollution will continue to pose an issue for years to come—and it is not a problem that can be so easily washed away.