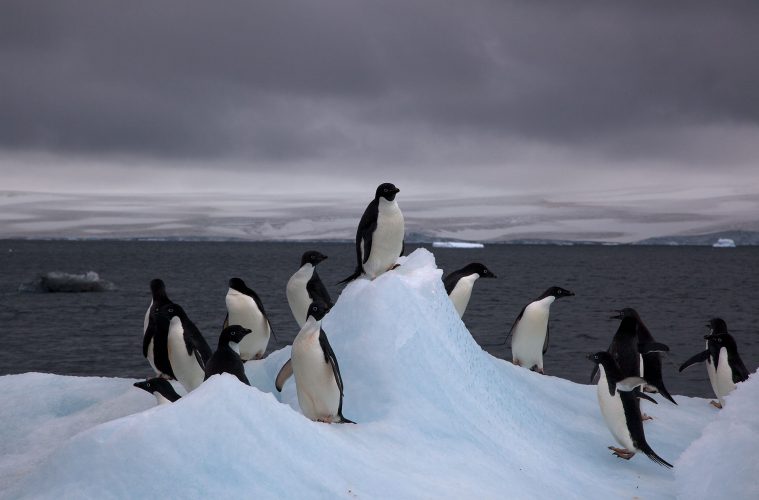 A modern strain of bird flu has been found in penguins living in Antarctica. Although it does not appear to be physically affecting the birds, its presence raises fears that other deadly diseases might make their way to the icy continent.

Scientists have identified the strain as H5N5 bird flu, a potentially deadly strain that has never been seen before in Antarctica. It is likely to have spread from North America, carried by migratory birds.

The new findings, published recently in the Journal of Virology, note the presence of the bird flu virus in both chinstrap penguins and Adélie Penguins. The disease has also been identified in the snowy sheathbill, a species of land-based bird native to Antarctica.

Another type of bird flu has previously been found in Antarctica, but this strain is unique to Antarctica and has yet to cause any harm. Whilst the H5N5 strain has also shown no signs of damage, its presence in Antarctica has raised concerns that other even deadlier strains could travel to the continent, leaving the native birds at risk.

The findings have led conservationists to point out that the breeding and feeding grounds of penguins must be monitored to ensure protection from any other diseases that might reach the icy continent.

“The impact of a pathogenic influenza virus, one that causes death or severe illness in birds, would have a really devastating impact,” explains Dr Aeron Hurt of the Peter Doherty Institute in Melbourne, and one of the study’s authors.

At the moment, there is call for a better understanding of exactly how diseases might reach Antarctica. Even the Antarctic Peninsula is too far south to be affected by passing migratory birds. However, some bird species do migrate to Antarctica, mainly from North and South America. One species of bird, the Arctic tern, migrates across the world from the Arctic to Antarctica, making the longest migration on Earth.

If infected migratory birds reach the continent, it may have damaging effects on unique bird species, many of which are already endangered.

“Further, broader penguin conservation needs to be stepped up to help these imperilled birds – including through the protection of breeding habitat, identification and proper protection of marine protected areas and appropriate fisheries management,” said Rory Crawford, seabird policy officer at the RSPB. “Every effort needs to be made to prevent future transmission and its potential impacts on the unique birdlife of Antarctica.”

Hurt, Aeron C., et al. “Evidence for the introduction, reassortment and persistence of diverse influenza A viruses in Antarctica.” Journal of Virology (2016): JVI-01404.