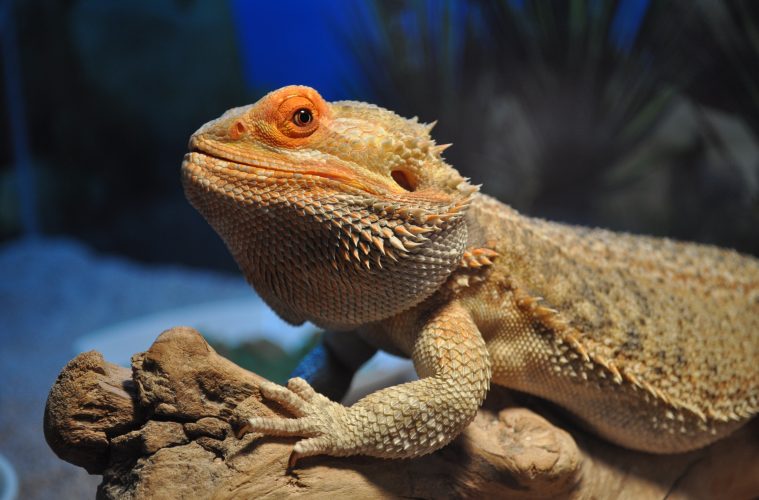 A recent study has found that bearded dragons behavioural developments altered depending upon the temperature at which their eggs were incubated.

It is known that incubation temperature can affect reptile offspring; altering sex, biology (such as their shape) or behaviour. Temperature effects have previously been found to have an effect on the behaviour of bearded dragons, with female bearded dragons expressing more male-like behaviours when eggs are kept outside of their normal temperature range. Could behavioural effects differ among individuals, meaning their personalities have been affected too?

An animal’s personality can affect how it responds to experiences and environments, and could subsequently affect their chances of survival. With the current, ever-increasing effects of climate change on animals and their habitats, behavioural changes could be the key to adapting and surviving.

The personality of an animal can be measured by looking at how bold or shy they are, how proactive or reactive they are, or by assessing how explorative the animal is. Previous studies have already found that the temperature at which eggs are kept can effect personality, with a difference in temperature resulting in offspring that have differing abilities when it comes to obtaining food or avoiding predators.

Researchers at the University of Lincoln wanted to find out if keeping bearded dragon eggs at different temperatures would also affect how bold the animal is. The study tested 13 bearded dragons from the same clutch. Before hatching, one group of the dragons was incubated at a ‘hot’ temperature and the other at a ‘cold’ temperature. Once hatched, they were reared in identical environments to one another. To test boldness, researchers presented an object to the bearded dragons that was new to them, or put them into novel environments, and they monitored their reactions.

The researchers found that bearded dragons incubated at hotter temperatures initially spent more time in proximity to the object than the ‘cold’ group, suggesting that the ‘hot’ group was bolder. However, as each group spent more time with the new objects or environments, this difference in personality evened out. These results suggest that instead of altering the personality of bearded dragons, incubation temperature could have an impact on the way an animal’s behaviour develops over time.

Dr Anna Wilkinson, from the University of Lincoln, commented: “It is remarkable that natural variation in incubation environment has such a profound effect on the development of behavioural traits.”

The research suggests that eggs incubated at higher temperatures could hatch dragons that are faster to develop behaviourally, which could leave them better able to adapt to novel environments in the future. But whether the temperatures that egg-laying reptiles will be exposed to in the future will match up with their behavioural traits and development remains to be seen.