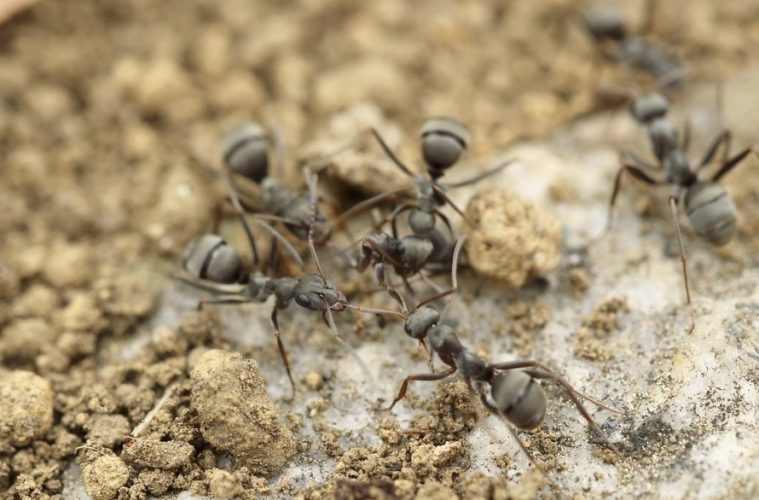 A comprehensive study published in the journal of Global Ecology and Biogeography has explored the complex relationship between the colour of ants and the temperature of their surroundings, with implications for the evolution of ants on our quickly-warming planet.

Colour variation within a species has long fascinated scientists who have uncovered many practical applications of unique colouring, ranging from camouflage to mate attraction and much more in between.

For ants, the colour of their outer layers (or cuticle) may be crucial to their survival. Ants are ectotherms, meaning that their metabolic rate is almost entirely dependent on the surrounding temperature. Clearly, any adaptation that helps an ant maintain control despite a fluctuating external environment would be extremely useful—and in fact, cuticle colour is very important in helping ants regulate their internal temperature.

The researchers expected that in colder environments ants would grow larger and have a darker cuticle in order to conserve heat, while smaller, paler ants should become increasingly common in warmer places.

However, since the melanin that causes a darkly coloured cuticle also protects the ant from internal damage cause by harmful UV-B rays, the scientists further predicted that in extremely hot climates ant species would again become darker in colour.

To see if this prediction held true, scientists from three different continents combined their data on many ant species from a range of elevations and temperature gradients. The contributing studies spanned several years of research and included 274 ant colonies, with anywhere from 250 to 3000 individuals in each assemblage.

The scientists discovered that cuticle colour in ants was indeed linked to both climate and body size. Ant colour did become lighter with increasing temperature and darkened again in extremely hot areas, as they predicted, but size also played a role as larger ants had a tendency to be darker.

Interestingly, although the team did find variation within a species, these changes were observed at the level of whole colonies and not between individual ants. This suggests that the best-suited ants thrive due to their increased thermoregulation abilities and/or their protection from UV-B radiance, and that these traits are too important for survival to allow any deviation from the optimum.

Since the included studies encompassed a period of several years, the research team was also able to analyse the rapid evolution of ants. They noted that ants as a group seem to be able to alter their cuticle colour in response to environmental changes over a relatively short timescale.

Although this ability to adapt quickly is good news for ant species in the face of rising global temperatures, it is inevitable that shifts in the structure of ant colonies may have a widespread impact on the ecology of their surroundings.

As the lead researcher Dr Tom Bishop observed, “On a warmer planet…we would expect that smaller and lighter-coloured ants will come to predominate and this may have important cascading effects on ecosystems as different ants have different functions.”

Understanding what drives species evolution—and particularly how it may be impacted by temperature—is more than an intellectual exercise. As global climate change continues to alter ecosystems worldwide, the ability for scientists to predict species changes before they occur could make all the difference.