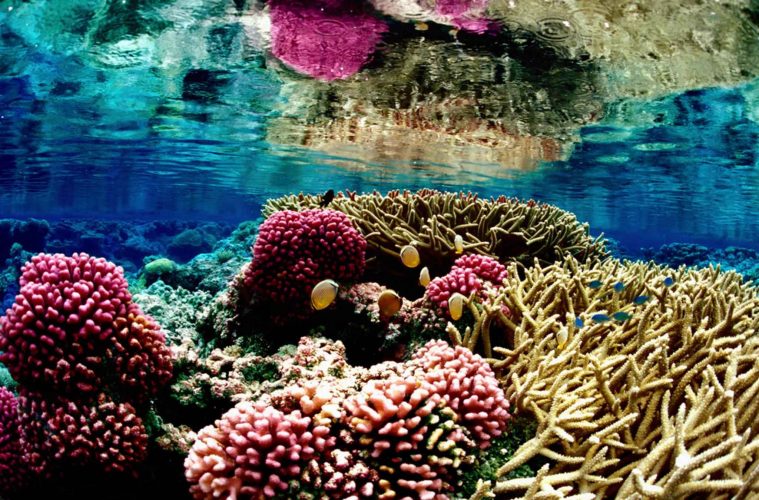 The soundscape of the ocean is quieter than we thought

Hatching out in open water, many fish larvae must find their way to a coral reef, where they make their home. For some time, scientists had thought that they make their way to these ocean forests by following the sounds emitted from activity on nearby reefs. However, new research suggests that these sounds do not travel as far as we previously thought. This new information may be helpful in conserving dwindling corals and their inhabitants in the future.

The study was conducted by the Woods Hole Oceanographic Institution (WHOI) in the United States, and took place in Hawaii. The findings were published recently in the journal Scientific Reports.

“To keep a reef healthy, you need a constant supply of new larvae to repopulate animals that die off,” explains Max Kaplan, the study’s lead author. “How larvae find reefs has been a big question, though. We think sound may play a role in attracting them, but exactly how far away they can sense those sounds has not yet been accurately measured.”

To solve this problem Kaplan headed to the Hawaiian island of Maui to carry out more tests. He and PhD supervisor Aran Mooney recorded the sounds produced by healthy reefs, focusing on two particular elements of sound – pressure waves and particle motion. Pressure waves are detected by the human eardrum, whilst particle motion is what fish and various other marine species use to detect sound. Particle motion refers to the vibration of water as sound passes through it.

“Think of it like being at a loud concert – if you’re standing next to a huge speaker, you effectively feel the sound as it vibrates your skin,” says Kaplan. “Fish and invertebrates sense sound in a similar way.” Fish detect sound vibrations using tiny bone-like structures in their heads, called otoliths. Other marine species, like octopuses, shrimps and squid, hear sound using special nerves positioned in their flesh.

The fact that reef inhabitants produce sound is not a new phenomenon. However, these recordings have always used hydrophones to record pressure waves, a sound form not used by most marine species. To look at how close fish must be to a reef in order to hear it, the researchers recorded particle motion using a sensitive accelerometer.

Recording particle motion is not easy. The accelerometer has to travel through the water like a fish to pick up sound, rather than just being left in one place like a hydrophone. After recording the particle motion, the researchers were surprised that it reached just meters from the reef.

“It’s possible that larvae are still able to use chemical signals from other animals to locate the reef, or maybe can read the currents to move towards shore,” explains Kaplan, “but based on this data, it seems unlikely that they’d be able to use sound to find the reef. That was a surprise to us.”

Despite this finding, sound might still help larvae to find a suitable location to live in, once they have entered the reef. Many species live in very specific parts of a reef, so they may be using the sound of their own species to find a spot to settle down in.

Previous research has already shown that larvae will attach to a speaker playing reef sounds, meaning that understanding these sounds could play a role in conservation. “You’d have to boost sound levels by quite a bit to get the response you want, but it could be one solution,” explains Kaplan. “If we can figure out the hearing threshold of each species’ ability to sense particle motion, we might be able to amplify that motion to make it audible to them at a distance.”

With coral reefs around the globe being lost to bleaching and pollution, conservationists are always on the look out for new strategies. Luring fish to declining reefs might just revive them, saving these vibrant ecosystems from extinction.