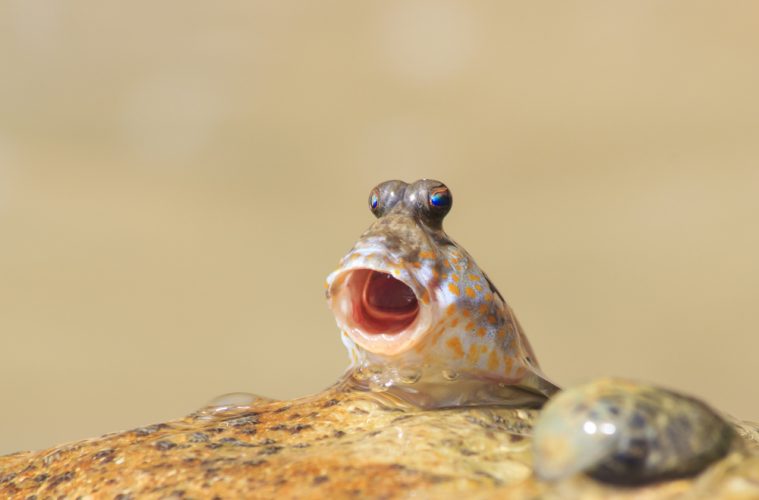 From fins to feet: an evolutionary mystery solved

Perhaps the most symbolic gesture of progress is the first footfall on new land. Think Neil Armstrong, for example. The first footprint on terra firma – one giant leap for life on Earth! Not so fast – a footprint naturally requires a foot. The development of foot from fish fin was a major turning point in the colonisation of Earth’s land masses from the sea. However, it has been difficult to provide evidence for this transformation.

Feet and fins have different structures and development. The transformation from a fin to a foot is not something that requires just a little tweaking. Whilst fish fins are formed by numerous rays, tetrapod (four legged vertebrates) have limbs ending in distinct digits.  Thus far, our understanding of how fins develop has been limited by a small set of data.

A recent experimental breakthrough may at last be able to shed light on this mysterious adaptation to life on land. Using a genome editing tool called CRISPR and a method known as Fate Mapping, researchers have identified several Hox genes – genes that are involved in embyronic development – in zebrafish (Danio rerio) that are crucial in the development of wrists and digits in tetrapods. Zebrafish are the model species for this kind of genetic experiment as it’s entire genome has been sequenced and has been widely researched.

CRISPR gene editing allowed the researchers to identify particular genes, in this case genes that related to the development of the fin, and to ‘knockout’ these genes. In zebrafish that had undergone a genetic knockout, there was a decline in fin components and an increase in the growth of distal radials. In other words, the beginnings of a wrist.

These findings have provided the first genetic link between fish fins and the formation of feet in tetrapods, as well as providing evidence that during the evolution of the limb in the Devonian period, fin rays decreased in number and the bones in the fin appendage began to extend. Toes, and by extension, feet, originated via the elongation of the small, flexible ends of the fish fin ray.

The researchers targeted specific Hox genes based on a previous similar experiment on mice, whereby a genetic knockout of a Hox gene identified it as being crucial in wrist and digit development. This idea was turned on to the zebrafish to see if any evolutionary hints could be given about the transition from fishes’ fins to limbs.

The application of these techniques has provided solid evidence for the evolution of limbs and digits that are seen in modern day tetrapods. Whilst this is fascinating in itself, the development and wider use of CRISPR gene editing is an extremely exciting tool with which evolutionary and developmental scientists will be able to unravel and understand the changes in species’ genomes throughout the millennia that have given rise to the life that we see today, and are indeed a part of.