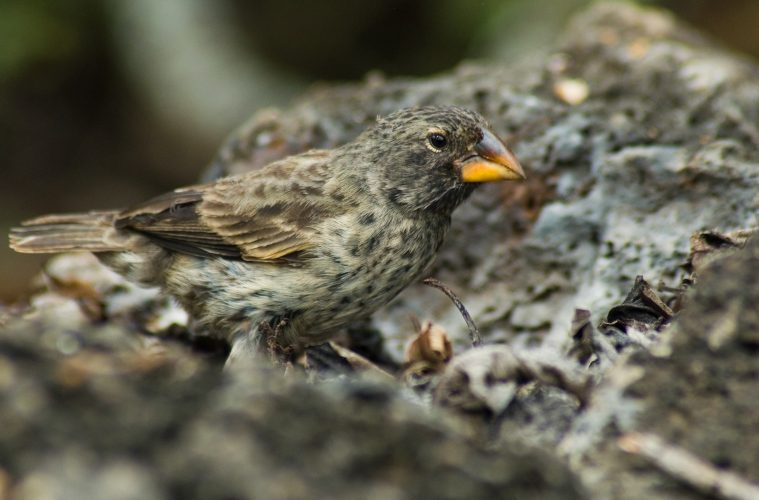 How can chicken blood and lab-reared maggots save Darwin’s finches?

The Galapagos Islands were made famous by Charles Darwin’s work on finches in the 1900s which led him to his theory of natural selection. The birds which helped to form the understanding of our evolution now face the threat of extinction.

One cause of this extinction is the blood sucking parasitic fly Philornis downsi whose larvae feast on the offspring of songbirds. New research by Paula Lahuatte and colleagues at the Charles Darwin Foundation has revealed a way of eradicating this threat, saving the finches, and in doing so preserving the delicate balance of biodiversity on the precious Galapagos Islands.

The fly larvae survive by burrowing into the nostrils of baby birds and feasting on blood and other tissues. This gruesome strategy eventually kills the baby bird, and with the young being decimated, the fly is one of the factors behind the downfall of Galapagos finch species.

As Philornis downsi is not native to the Galapagos Islands – it was thought to have been accidentally introduced in the 1960s – the best way to save the endangered bird species is to destroy the invasive fly population. One way of doing this is to release a large amount of sterile males into the community, essentially preventing the fly from reproducing. When the female fly mates with the sterile male she will fulfil her genetic urge to mate but will not produce any of the harmful larvae. However, to achieve this, researchers have first have to overcome a problem: without their usual host, rearing the flies in captivity from the larval stages all the way up to adulthood is not easy.

Rather than allow them to gorge on young birds, in an attempt to provide an alternate food source for the larvae, this study has pioneered a feeding mixture of chicken blood, hydrolysed protein and milk powder or brewer’s yeast. Researchers trialled three diets which all had similar levels of success. The larvae fed on a diet of chicken blood, hydrolysed protein and brewer’s yeast were described as developing “marginally faster.” 50 of the 385 flies hatched were able to survive to adulthood and with further refinement it is likely more larvae could be matured in the lab.

It is an important breakthrough. Captive-bred populations of sterilised males are one step closer to being released. Though work with maggots and chicken blood may not be the cute and cuddly side of biological science, this crucial work could help to preserve important species on one of the most precious islands in the world.