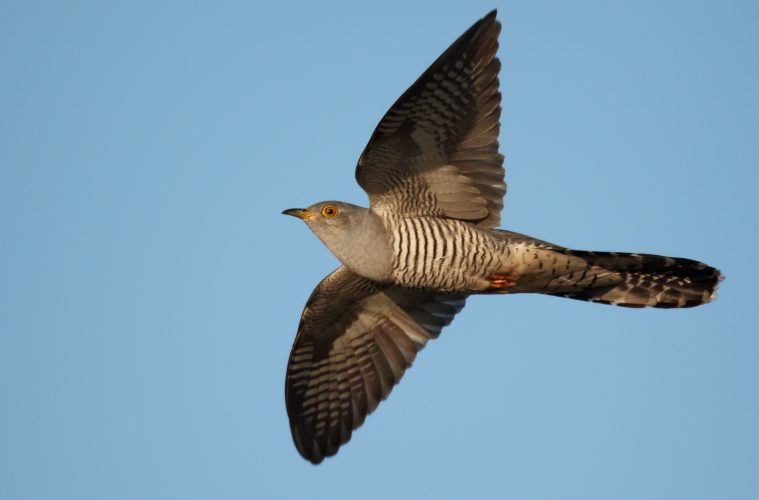 Sometimes short-cuts are not the answer. Common cuckoos, famous in the UK for their familiar call and their exploitation of other species’ nests, are in long-term decline. Researchers have discovered that the birds’ choice of migration route could be partly to blame – cuckoos that fly a longer route across the Sahara desert have been found to have a higher survival rate than those attempting a shorter journey.

Satellite tags, deployed by the British Trust for Ornithology working with the University of Copehagen, tracked 42 male cuckoos throughout migrations between 2011 and 2014. The researchers discovered that flying over the Sahara is the main cause of mortality in migratory cuckoos, but their mortality is higher when using a shorter route to get to their destination in sub-Saharan Africa. The same pattern can be observed in nine breeding populations of cuckoos.

The declining population was more likely to take a short-cut over Spain, rather than a longer route over Italy and the Balkans to the East. In many cases, deaths occurred before the birds even reached the Sahara desert, and are possibly linked to drought conditions in Spain.

It is a discovery that gives us a glimpse into why some populations have been declining more than others. Despite the rapid decline of migratory species worldwide, knowledge on how migrations may impact upon bird populations is still lacking in some areas. The tag data highlights the need to study the course of migratory routes, as well as breeding and stopover sites. During this current period of global decline in migratory species, caused by habitat change, climate change and habitat loss, this information is especially important.

These surprising results suggest migration routes can determine the success of breeding populations once they reach their destination. Further evidence may help identify stopover sites that may be in critical decline, in order to prioritise conservation strategies.

The finding will hopefully aid common cuckoo conservation, as well as the potential to improve migratory bird species conservation worldwide.