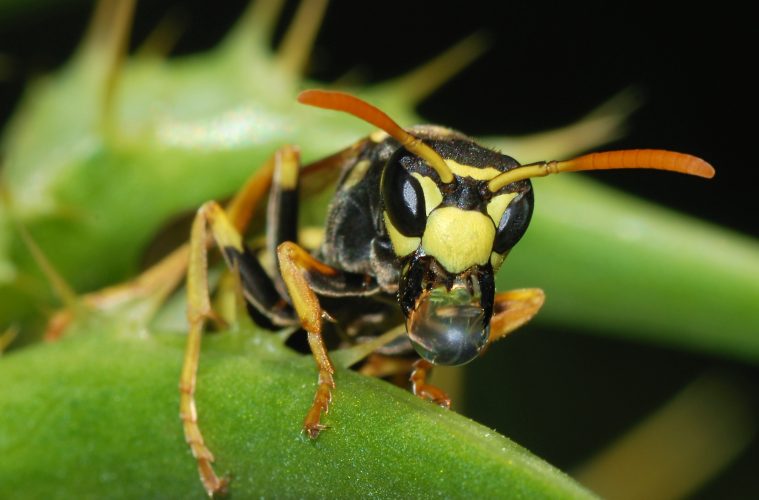 If you can get away with it, should you cheat to reap the benefits? Perhaps not, if you are a paper wasp. New research has found that dishonest wasps are punished severely, both in the short and long term.

Paper wasps (Polistes dominulus) are a species of wasp which create their nests from plant fibres  mixed with their saliva. The queens are known to be particularly aggressive to one another when founding these nests. Dominance in the females is determined by the variable black facial patterns, and the more black spots the wasp has the more likely rival wasps will avoid picking a fight. This facial colouration portrays the aggressiveness of the individual; wasps with more irregular black markings are more aggressive and win more fights.

A new study on paper wasps by University of Michigan scientists has shown that dishonest or inaccurate signalling via these facial patterns can result in a “cascade of costly social and physiological effects”. Over evolutionary time these could contribute in maintaining honest communication between wasps. Wasps with fewer black spots on their face would be less likely to provoke an attack from a more aggressive rival, which would waste time and potentially cause unnecessary injuries to both wasps.

The black facial patterns on paper wasps is a biological ornament, which conveys information about the wasp; the more elaborate the facial markings the higher the level of Juvenile Hormone levels (JH). JH is a hormone found in invertebrates that is linked to dominance, aggression and increased fertility. Biological ornaments are seen across the animal kingdom –  male peacock tail feathers or stag antlers, for example, where the purpose is to convey the biological fitness of the individual.

The wasps used in the experiment were queens collected from various locations around Ann Arbor during the spring nest-founding period. This is a time of intense conflict between the queen wasps competing to establish nests. Each wasp was paired with a similar sized rival, but one would undergo a minor makeover, its face painted to express a higher fighting ability – this was the ‘bluffer’, its facial markings becoming a dishonest signal. The wasps were then placed into a Plexiglass box and videotaped for two-hour periods. Aggression was recorded based on the number of stings, bites and mounts observed, and JH levels were analysed

Face-painted wasps received more aggression than the control wasps. Their rivals quickly seemed to suss out the inaccuracy of the markings that were not truly reflecting their combat strength.  The bluffers also greatly reduced their JH levels after the two-hour period, while, in contrast, the wasps that fought against them increased their levels of JH.

For weaker paper wasps, cheating appears to be a big risk. They are the victims of increased aggression when found out, but also potentially harmful effects in the long-term as their JH levels drop and their signals of biological fitness are weakened.

“One of the interesting things about the paper is that it shows that cheating influences the physiology of cheaters and individuals who interact with the cheaters,” said lead author Elizabeth Tibbetts. “That was a surprise.”