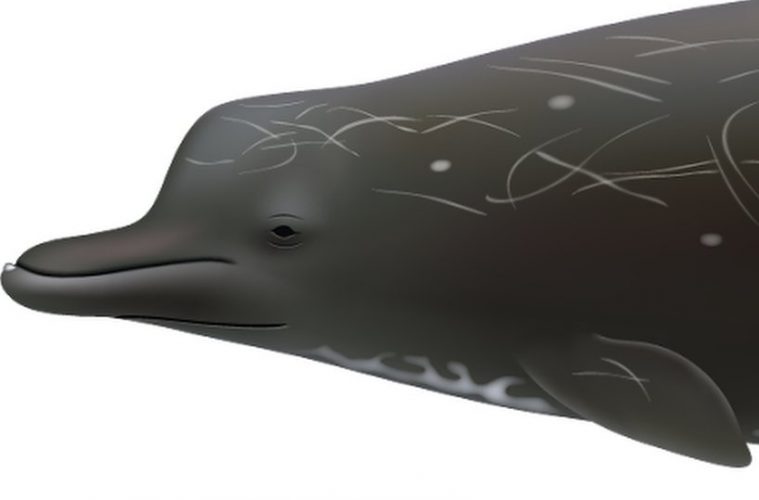 New species are still being discovered daily, but how often do researchers stumble upon something as large as a whale? That’s exactly what has happened, as, with the help of DNA analysis, an international team of scientists has discovered a brand new species of rare beaked whale.

The whale, which is still unnamed, is native to the Pacific Ocean, from northern Japan to Alaska’s Aleutian Islands. The discovery was recently published in the journal Marine Mammal Science.

Japanese whalers have long been familiar to the whales, but were unaware that they were a unique species. Although similar to other beaked whales, the new species is darker and smaller than other species. Japanese whalers refer to the species as “karasu”, which means “raven”, due to the black coloration of the whale’s skin. As well as being darker than other species, the new whale is also smaller, being just two-thirds the size of other beaked whales.

The research group genetically analysed 178 beaked whales and identified a total of eight individuals belonging to the new species. The specimens came from a variety of locations, including the Smithsonian Institution, the Los Angeles County Museum of Natural History and a high school in Alaska. One sample also came from a carcass that washed up on an island in the Bering Sea.

“The challenge in documenting the species was simply locating enough specimens to provide convincing evidence,” says Phillip Morin, the study’s lead author, and research molecular biologist at NOAA Fisheries’ Southwest Fisheries Science Centre in the USA. “Clearly this species is very rare, and reminds us how much we have to learn about the ocean and even some of its largest inhabitants.”

Morin was inspired to solve the mystery of the whale after another study suggested that it might be a new species. He first looked at the Southwest Fisheries Science Centre’s extensive marine mammal tissue collection, where there were two samples that appeared to be from an unidentified species. One sample was from a whale found washed up in the Aleutian Islands in 2004, and the other was from a skeleton being displayed at Unalaska High School. After finding these samples, Morin and his colleagues headed to museums, research institutions and even Japanese markets (where whale meat is sold) in search of more DNA to analyze.

In 2014, a mysterious beaked whale was found dead on St. George Island in the Bering Sea. As it was not from a known species, samples were sent to Morin, who genetically determined that it belonged to the new species.

“We knew it was not any whale we knew from our area,” said Michelle Ridgway, the Oceanus Alaska marine ecologists who documented the whale, and co-author of the new research.

Beaked whales form one of the least understood whale groups in our oceans. They are small, with dolphin-like beaks, and are notoriously elusive, diving thousands of feet to hunt deep-sea fishes and squid.

The new species appears to have a smaller range than other similar beaked whales, being found around northern Japan, the Aleutian Islands and the Bering Sea. In contrast, Baird’s beaked whales are found throughout the North Pacific, from Japan to Baja California in Mexico. However, it is possible that the new species travels further afield, as specimens show signs of bites from tropical species of shark.

“The implication of a new species of beaked whale is that we need to reconsider management of both species to be sure they’re sufficiently protected, considering how rare the new one appears to be,” says co-author Erich Hoyt, a research fellow at the UK’s Whale and Dolphin Conservation and co-director of the Russian Cetacean Habitat Project. “Discovering a new species of whale in 2016 is exciting but it also reveals how little we know and how much more work we have to do to truly understand these species.”