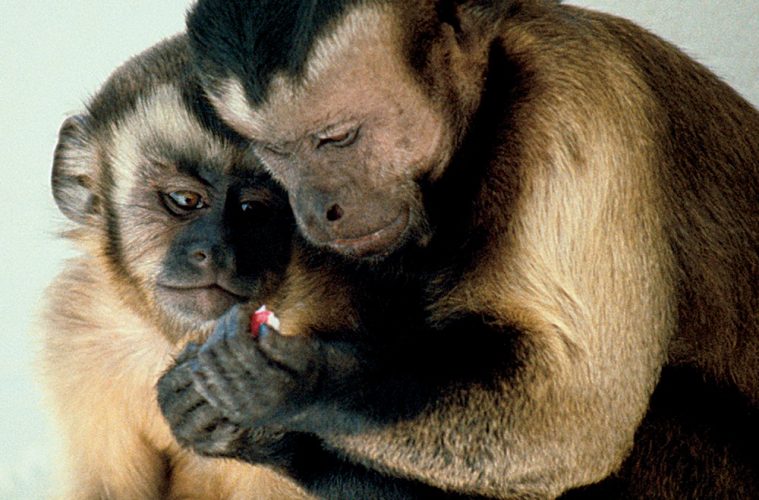 Capuchin monkeys in Brazil have been using tools for at least 700 years, according to new research. This is the earliest evidence of tool use in New World monkeys, and in primates outside Africa.

The study was led by Dr Michael Haslam from the University of Oxford, and was recently published in the journal Current Biology. Collaborating with scientists from the University of São Paulo in Brazil, researchers from Oxford University observed capuchin monkeys at Serra da Capivara National Park. They also gathered archaeological data from the same location.

The researchers watched as the cunning capuchins used stones as hammers and anvils, cracking open solid foods like cashew nuts. The younger monkeys of the group were also seen copying this behaviour, showing that it spreads via social learning.

Just as we cook food in a kitchen, the monkeys process their food in a specific sites. At these sites, the monkeys keep collections of stone tools ready for their next meal. To create hammers, they use hard, smooth stones made from quartz, and as anvils, they use flat sandstones. The rocks used as hammers were found to be 4 times the weight of ordinary stones, and anvil rocks were even heavier, being around 4 times the weight of the hammer stones.

Having observed the modern day monkeys, the scientists wanted to know how long this had been happening. They turned to archaeology, and dug up a site close to a cashew tree, where modern capuchins leave their tools. The researchers dug down 70cm, removing a total of 69 stones from the ground.

By comparing the size and shape of the stones with those used by the monkeys of today, they were able to estimate which stones were most likely used as tools. Damage marks on the surfaces of the stones also provided clues as to whether or not they had been used to bash nuts apart.

The scientists were also able to use another technique to accurately determine whether or not the stones had previously been used as nutcrackers. Using a method known as mass spectrometry, they analysed dark coloured residues on the stones. Their results showed that these markings were from the juices of broken cashew nuts.

To determine how long ago the stones were used, the researches analysed the age of charcoal fragments, which they had uncovered along with the stones, using carbon dating. They discovered that the charcoal was at least 600 to 700 years old, meaning that the tools were as well.

Amazingly, the findings mean that New World monkeys were using tools even before European people arrived in their lands. Through comparisons with modern tools, the researchers found that the general size and weight of the tools used by capuchins have remained the same for around a hundred generations. This finding suggests that when it comes to using tools, monkeys are conservative, staying the same over generations rather than rapidly developing new methods and technologies like their human counterparts.