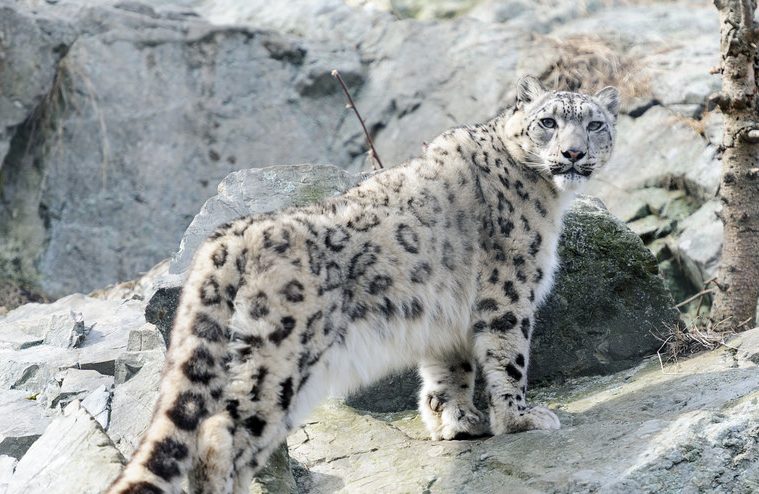 Hidden in the mountains of Asia, elusive big cats tread through the snow. Snow leopards – one of the most mysterious and endangered big cats on our planet.

However, new findings suggest that there are more of these felines than previously thought, offering new hope that this unique species might evade extinction.

The previous world estimate for snow leopards was between 3,920 and 7,500 individuals, but the new estimates suggests between 4,678 and 8,745 are actually roaming the wild in just half of the known range – meaning there could be even more leopards to count.

The findings are a result of new technology and improvements in surveying technique. “Only in recent years have advances such as satellite telemetry and compact camera traps capable of taking high-quality night shots while surviving extreme low temperatures allowed scientists to begin to unravel the mysteries behind the snow leopard’s life,” explains Dr. Stephane Ostrowski, a scientist and veterinarian at the Wildlife Conservation Society.

Shy, well camouflaged, and prone to inhabiting impenetrable mountain ranges, snow leopards are famously tricky to study. Their thick grey-white fur and impressive ability to jump and balance allows them to adapt perfectly to their harsh environment.

The new information has been printed in a new book Snow Leopards, edited by leading experts Dr. Tom McCarthy and Dr. David Mallon, and published by Elsevier Press. The book is an extensive and in depth compilation of information regarding the biology and behavior of the snow leopard.

“This is an incredibly important book,” says Peter Zahler, Coordinator for the Wildlife Conservation Society’s Snow Leopard Program. “It has collected virtually all the most recent research and information from all 12 range states, covering biology, behaviour, threats, and conservation activities for this mysterious and elusive big cat and for the ‘mountain monarchs’ – Asia’s wild mountain goats and sheep – that are their main prey. This book will serve as the go-to reference work on snow leopards for decades to come.”

Snow leopards currently face a number of threats, meaning that conservation is vital to prevent them from extinction. Richard Paley, Director of the World Conservation Society’s Afghanistan Program recently acknowledged this, explaining: “Snow leopards are still regularly poached for their beautiful fur. They are also killed in retaliation for taking herder’s livestock. With the decline in their wild prey from overhunting, snow leopards may find themselves forced to take more livestock, which leads to a vicious cycle that snow leopards often lose.”

Yet, living in the mountains does give snow leopards one particular advantage; their remaining habitat is unlikely to be used by people. But this will not save them from pressures such as hunting and global warming. Whilst the findings of unexpectedly high snow leopard numbers comes as a pleasant surprise, it is unclear how long these numbers will last, and Zahler highlights that the window for conservation will “close fast.”