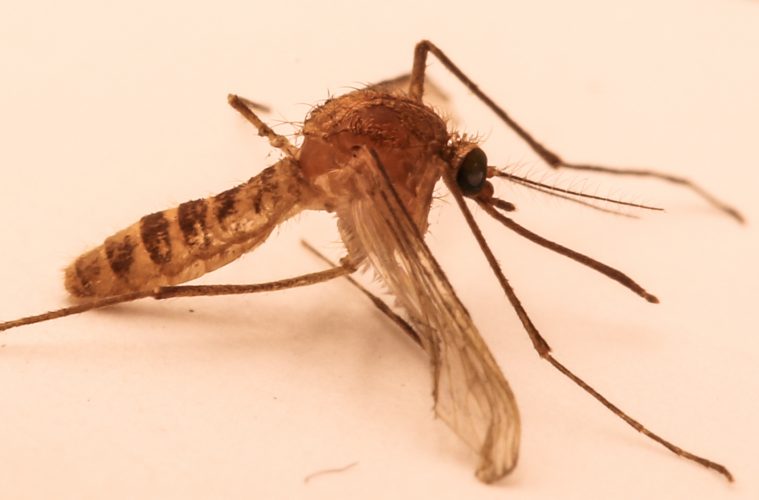 Are humans driving the evolution of new species?

There is no doubt that today’s natural world is changing faster than any other period in human history. Species extinction rates are estimated to be as high as dozens of species lost per day, equivalent to 1000x the background rate. In fact, we’re so effective at wiping out species that this period is history is now known as the earth’s sixth mass extinction event, or the ‘Holocene extinction’.

This is nothing that we haven’t heard before. However, a lesser-known tale is that of the rapid human-induced evolution and emergence of new species, either accidentally or deliberately selected for their adaptability to anthropogenic pressures. One of the most famous examples of this is the London Underground mosquito (Culex pipiens molestus) which is believed to have evolved from the common house mosquito and is now found in underground systems throughout the world.

Although some may be tempted to suggest that these new species could simply replace our extinct wild species, a new study published in Proceedings of the Royal Society B explains why this is not the case, and why nature conservation is still crucial.

“The prospect of ‘artificially’ gaining novel species through human activities is unlikely to elicit the feeling that it can offset losses of ‘natural’ species.” says lead author and Postdoc Joseph Bull from the Center for Macroecology, Evolution and Climate at the University of Copenhagen. “Indeed, many people might find the prospect of an artificially biodiverse world just as daunting as an artificially impoverished one.”

Speciation, or the formation of new species, is a process that occurs when one species branches into two genetically distinct ones that can no longer interbreed. As explained by the study, human-mediated speciation can take place through four distinct mechanisms; accidental introductions, domestication, unnatural selection, and the emergence of novel ecosystems.

The London Underground mosquitos are believed to be just one of many populations of subterranean mosquitos worldwide, all of which exploited the niches introduced by the creation of underground systems. Isolated from their fellows for seventy years, the London Underground mosquitos are now believed to be unable to breed with former populations. Its behaviour had changed as well as its prey, with this new species having made the switch from feeding on the blood of birds to that of humans. Urbanisation has created entirely new environments with many niches for animals and plants to exploit: many species such as the red fox (Vulpes vulpes) and common pipistrelle bat (Pipistrellus pipistrellus) have adapted well to these landscapes by altering their diet and behaviour. The coywolf, a coyote-wolf hybrid, is believed to have been forced into existence by human deforestation and prosecution of wolf populations, driving wolves to seek alternate breeding partners. Credit: Wikimedia

While these animals adapted to conditions that were imposed by humans on their former territories, it is often the case that species do not find new niches to exploit on their own. With the constant movement of people around the planet, species are being accidentally or purposely relocated to alien environments, where some may go on to become invasive. Under natural settings, geographical barriers would prevent species from spreading to such locations. And just like the Underground mosquito, the introduced population can become genetically distinct after prolonged isolation.

There are also the so-called “man-made” species that are much beloved and utilised in daily life – that of the domesticated animals we keep as pets or livestock, and the crops that we selectively breed from optimal individuals. The figures given in the study suggest that since the end of the last ice age, humans have domesticated over 740 species of animals and plants. “At least six of the world’s 40 most important agricultural crops are considered entirely new” explains Joseph Bull.

The final evolution mechanism recognised is that of ‘unnatural selection’, a term given to human activities that select for certain traits in wildlife. In this context the researchers refer to hunting and fishing, where the prized trophies are the largest, healthiest-looking specimens, which are then consequently removed from the gene pool. It has frequently been observed that “undesirable” traits will emerge in exploited populations, such as reduced body size, earlier sexual maturity, reduced antler size, and so on. Previously studies have found that trophy hunting for bighorn sheep (Ovis canadensis) in Alberta, Canada led to a decline in horn size as hunters favoured rams with the largest horns.

Perhaps the most surprising report from the study is that the number of newly discovered species appears to be greater than the number that have been lost. Over the past 300 years, more new plant species have appeared in Europe than are documented to have gone extinct. Although the exact number of speciation events is very difficult to quantify, this suggestion of a “net gain” in species is very misleading from a conservation perspective.

“In this context, ‘number of species’ becomes a deeply unsatisfactory measure of conservation trends, because it does not reflect many important aspects of biodiversity,” says Associate Professor Martine Maron from the University of Queensland. “Achieving a neutral net outcome for species numbers cannot be considered acceptable if weighing wild fauna against relatively homogenous domesticated species. However, considering speciation alongside extinction may well prove important in developing a better understanding of our impact upon global biodiversity. We call for a discussion about what we, as a society, actually want to conserve about nature.”