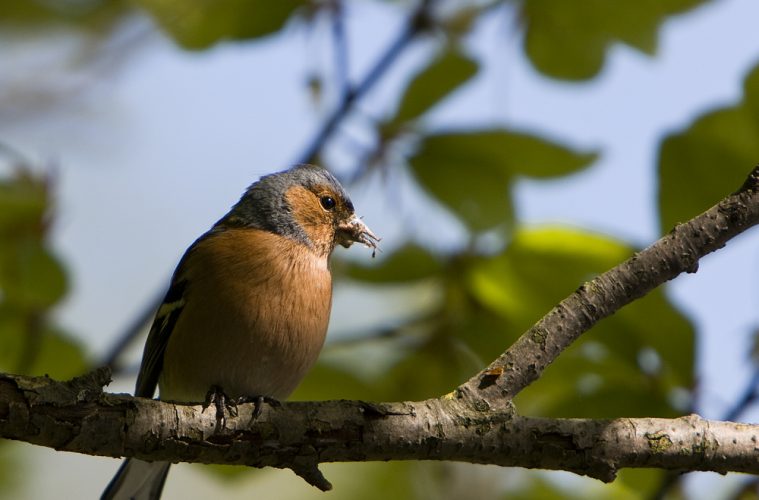 Climate change is having a large-scale impact on the UK’s wildlife, with rising temperatures throwing seasonal cycles out of sync. As breeding periods and migration times change, entire ecosystems can become disrupted.

Changes in climate cause shifts in the timing of cyclical biological events, such as the timings of plants flowering or birds nesting. This is known as phenology. These changes in phenology can have drastic effects on the synchronisation of these events, resulting in potentially detrimental effects on ecosystem function.  New research has brought to light the extent to which these changes are likely to continue, and the degree to which desynchronisation is likely to occur.

The extent to which species respond to climate change in the timing of biological events varies from species to species and between different levels of the food chain in both direction and amount.

Consider the case of the cuckoo, for example. Changing temperatures mean the birds are migrating back to the UK only to find that the hosts they famously rely upon to rear their chicks have already nested and raised their young. These birds are not alone, as many species may find themselves out of sync with natural food sources they depend on, an occurrence that would no doubt have a further knock-on effect throughout their ecosystem.

“Based upon previous research, we expected to see that temperature change would have an effect on the timing of seasonal activities for UK plants and animals,” said Dr Stephen Thackeray from the centre for Ecology & Hydrology. “However, the new finding from this study is that, for the first time, we have shown that there appear to be differences in the way species at different levels in the food web have responded to climate change.”

The study collected data on an unprecedented scale on climatic sensitivity of seasonal behaviour of UK plants and animals. 812 terrestrial and aquatic species covering three levels of the food chain were included. The species data were combined with local temperature and rainfall data to be able to assess the species’ sensitivity to climate.

Primary consumers are effected most by climate changes, whilst secondary consumers were least sensitive. Based on current predictions of climate change, by 2050 primary consumers will have altered their phenological events by twice as much as species at other levels. The differences in climatic sensitivity could result in predators – such as insect-eating birds and plankton-eating fish – and their prey being out of sync with each other.

“Essentially, as a result of different responses to temperature change, the timing of breeding in predators may become less well matched with peaks in prey numbers,” said Thackeray. “This could mean less food for the predators’ offspring, and reduced breeding success and survival.”

The study also showed that precipitation, such as snow and rainfall, have less of an effect on seasonal events than climate changes.