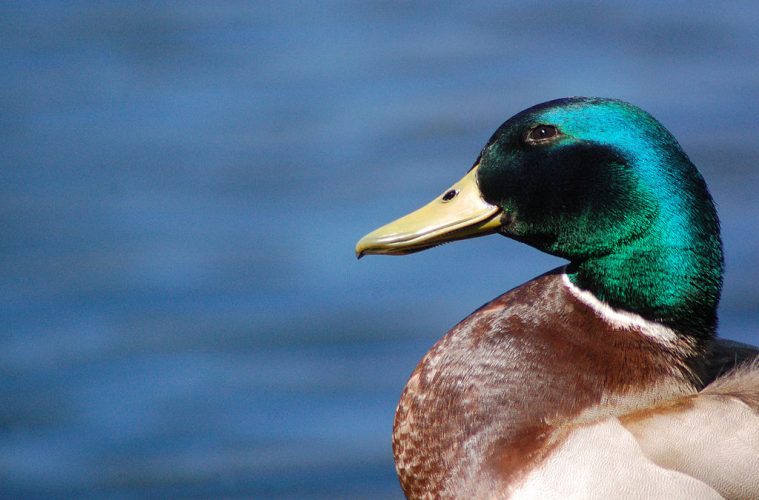 Can genetics explain the mysteries of duck migration?

During your life, if only once or twice, you have probably taken a few stale crusts of bread and fed them to the ducks. One common cosmopolitan duck species, the mallard (Anas platyrhynchos), is probably the species that has benefited most from those old slices. Some of those ducks may remain at a particular lake or region indefinitely, whereas others may migrate elsewhere for parts of the year – usually between the place where they spend the winter, and their breeding grounds.

Migration in bird species has received a good deal of research attention, and it is understood that the decision for a bird to migrate is either a pre-determined genetic trait, or is learned culturally. However, in the case of the mallard, migration has been seen to be optional. Some birds migrate and others do not, at both the population and individual levels. Moreover, those that do migrate show a degree of flexibility in their ‘flyways’, or migration paths. So, in a flock of mallards, some will migrate and others will stay put. A recent paper has investigated whether or not this divide may be attributed to a genetic difference between migratory and non-migratory birds.

The researchers used a Spanish national park as a study site. A local population of mallards breeds there, but there is also an annual arrival of migratory birds stopping over on their way to their wintering grounds, making it the perfect study site to investigate the disparity. Mallards were trapped, blood samples were taken from migratory and non-migratory mallards, and genetic analysis on the individuals was undertaken.

After analysis, there was not seen to be any genetic distinction between migratory and non-migratory individuals. Whilst the researchers hypothesised that these two groups of mallards would form genetically different populations, no such difference was seen.

So, there is still no answer to the question of what drives migration in mallards. However, the researchers have suggested that individual behavioural changes in migration are so common that gene flow during mating prevents the formation of genetically distinct populations. A migratory duck does not differ genetically from the sedentary duck.

Perhaps then the reason for this difference is a cultural one. You have probably never thought of ducks as being particularly cultured, but their shared culture may be the explanation for this phenomenon. This study links behaviour to the age-old argument of ‘nature vs. nurture’. More simply, is there a genetic reason for behaviour? Or is it simply learned? This paper presents an interesting insight into the power of learning over the genetic traits that all organisms are born with.

Understanding the interaction of nature and nurture is key in understanding behaviour but, as this study shows, behaviour is not as simple as just taking a look at an animal’s genetic makeup.