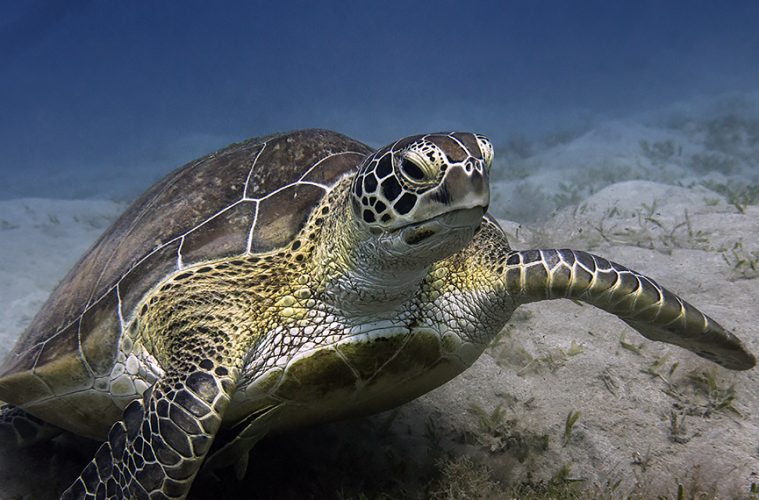 New, improved TEDs can save sea turtles from bycatch

Sea turtles bring more than 500,000 visitors to the U.S. Southeast coastal region annually, with almost all of the income going to residents of the region. Some counties can raise a quarter of a million dollars in just 2 months from turtle tourism. Preserving turtles here is also very important to conservation, as all 5 species caught in the nearby U.S. shrimp nets are endangered or threatened.

In 2014 these states generated nearly $588 million in revenue for local fishermen through shrimp trawl net fishing. This represents 70% of all wild-caught American shrimp. However, the Gulf of Mexico shrimp trawlers are responsible for more bycatch than any other U.S. fishery, amounting to 242 million pounds of wasted sea life.

So there is an obvious conflict between the economies of shrimp fisheries and sea turtle ecotourism economies.

For the last 30 years, shrimp trawl fishery bycatch has been on the decrease from 90% catch rate. This is due to improved net design and materials, and the introduction of Turtle Excluder Devices (TEDs).

Now, Oceana are calling on the Obama administration to implement a 1 inch change to shrimp nets TEDs on the Southeast coast.

But what difference will this make?

TEDs are a simple solution to the very large problem of bycatch in fisheries. Turtles that get caught in shrimp trawl nets drown if they cannot escape. And here is where the TED makes its appearance. These metal grates are incorporated into the fishing nets to allow shrimp to pass through, and turtles to escape. This method has been shown to be 97% effective in allowing turtles to escape, with the added benefit of preventing sharks, rays and other larger fish from becoming bycatch too.

“Requiring the use of new TEDs in all trawls could save as much as 60 million pounds of wasted seafood as well as thousands of endangered and threatened sea turtles. The Obama administration has an opportunity to help Americans feel better about eating domestic, wild-caught shrimp, while also leaving a legacy of commitment to profitable, sustainable fishing,”  states Lora Snyder, campaign director at Oceana. “It’s rare that an opportunity arises to have such an important impact with such a simple solution – just a change of 1 inch,”

The change of an inch will be especially important for the smallest sea turtle species, the Kemp ridley, which is also the most threatened. It has been estimated the Kemp Ridley makes up 82% of the sea turtle bycatch in the U.S. shrimp trawl fisheries on the Southeast coast.

It is claimed that the small change can make a big difference – with the new, improved TED believed to reduce bycatch by a further 25%.

Oceana suggest that the National Oceanic and Atmospheric Administration (NOAA) should not only focus their attention on better TEDs but also increase the observer coverage in Southeast shrimp trawl fisheries. This would enable the monitoring of number of bycatch and sea turtles caught, in order to protect both coastal nature-based tourism and shrimp fishery economies.

“Protecting sea turtles and U.S. fishing interests do not have to be mutually exclusive,” said Snyder. “Requiring TEDs in all shrimp trawls is a no-brainer – it will protect marine life, open new markets for shrimpers, boost nature-based tourism and leave more fish in the sea for other fishermen. This is an easy win-win for conservation and the Southeast fishing industry.”

With approximately 2,400 vessels in the U.S. currently exempt from using TEDs, will the U.S. government answer to Oceana’s plea?