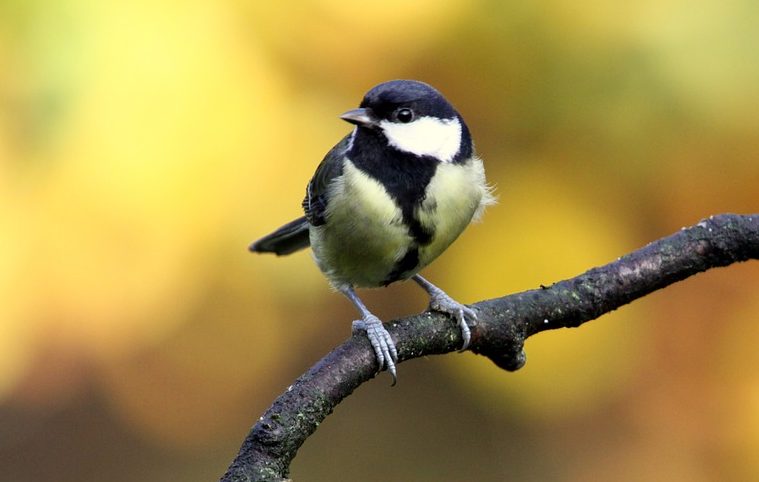 The hustle and bustle of city life can often leave us feeling stressed. We aren’t alone. Scientists at Lund University have found that higher stress levels for urban great tits can spell disaster.

Great tits (Parus major) living in urban environments experience many benefits from their city lifestyle, including warmer temperatures and a greater availability of breeding boxes. However, it appears that the price for enjoying these luxuries may be their life.

In order to measure great tit life expectancy, scientists first fostered great tit chicks from either urban- or rural-dwelling parents, with city or countryside foster parents. After two weeks, the team took blood samples and studied the length of the chicks’ telomeres. Telomeres can be found in all DNA and are used as a biomarker of longevity.

The birds raised in an urban environment were found to have consistently shorter telomeres than their rural counterparts, indicating a shorter life expectancy. The researchers were surprised to find that a difference in the birds’ telomere length could be detected after just 13 days in a stressful environment.

The findings demonstrate how the environment a bird is raised in can impact telomere length, regardless of genetics. No matter where they were born, chicks raised in the city were 11% shorter than their countryside-dwelling counterparts.

This work raises significant questions. In order to protect species which increasingly inhabit urban areas we must investigate what measures can be taken to reduce the stress experienced.

“The impact that urbanisation has on wildlife must be studied much more, or we won’t be able to understand the threats that birds are exposed to in urban environments, and won’t be able to do anything about them,” warned lead author Pablo Salmon, of Lund University. “Our results also raise questions concerning the ageing of other animals affected by urbanisation, and humans for that matter.”

Whilst keeping the stress levels of a great tit to a minimum may not be top priority for many of us, the fate of these city-living birds means it is interesting to consider that we too have telomeres in our DNA, and relevant research is yet to be conducted on our species. This could be the beginning of an exciting new area of research which could provide invaluable information for the preservation of many species, including us!