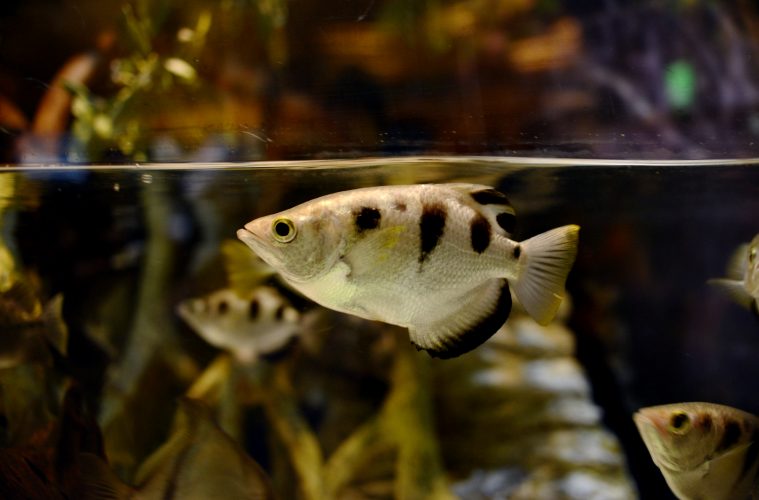 Facial recognition by fish: a simple brain, a complex task

New research from the University of Oxford and the University of Queensland has shown that fish can learn to recognise human faces despite lacking neocortical structures in their brain, lending credence to the theory that we learn facial recognition, rather than being born with the ability.

The neocortex is thought to be the most recently evolved and complex part of the mammalian brain. One theory is that this specialised area of the brain is required for facial recognition, a complex task for human faces, which all have the same basic features, making it hard to distinguish between them.

“It is hypothesised that this task is so difficult that it can only be accomplished by primates,” said Dr. Cait Newport, from the University of Oxford.

But birds can recognise and remember human faces, too, and they don’t have a neocortex. This gave rise to another theory – that the ability to recognise faces is not innate, but learned throughout our lives. However, upon further investigation it was revealed that birds do have similar structures in the brain that seem to perform the same function as the neocortex. So it became unclear whether facial recognition occurs as an innate ability thanks to the neocortex and similar structures, or if it occurs through learning.

“We wanted to determine if another animal with a smaller, and simpler brain, and no evolutionary need to recognise human faces, was still able to do so.”

The study looked at archerfish (Toxotes chatareus), a fish famous for spitting jets of water at aerial prey to knock them into the water. To be able to do this, they must have excellent visual cognitive abilities and so they made a promising study subject.

The fish were presented with two faces on a monitor above their tank. They were rewarded for spitting water at the correct face. They continued to spit at the same ‘correct’ face with high accuracy (about 81%) showing they were able to recognise this face repeatedly. The fish were also able to recognise the face when the researchers changed the general shape of the face and when they altered brightness or colour, all important factors in facial recognition.

This shows that archerfish are able to perform facial recognition without having a specialised area of the brain to do so, and without a very complex brain overall. Also, unlike birds, fish aren’t exposed to human faces very often. So whereas birds (especially domestic ones) may have adapted to be able to discriminate between human faces, archerfish have had no reason to, making this level of visual cognitive ability interesting.

This study lends evidence to the theory that facial recognition is a learned behaviour. This can be applied to what we know about facial recognition in humans, and help to determine whether this ability is an innate ability or if the neocortex is not as integral as previously thought.