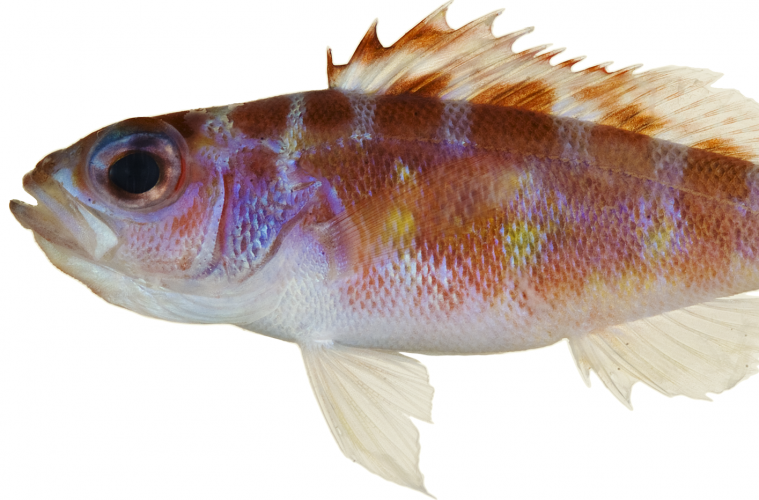 Relationship advice seems to rain down upon us from all angles; the in-laws, magazines, chat shows, but did you ever expect to be taking tips from a hermaphroditic fish? Scientists at the University of Florida have discovered a remarkable breeding mechanism among one of the only known monogamous fish, the short-lived chalk bass (Serranus tortugarum) which could provide a lesson to all of us.

Each hermpahroditic fish is able to produce both eggs and sperm. When they pair up, one fish will produce eggs which the other will fertilise, and a quick change in roles will enable the second fish to produce eggs, while the first fertilises them. During a six month study off the coast of Panama, researchers Mary Hart and Andrew Kratter learned that the fish are capable of switching between reproductive roles at an extraordinary pace – over 20 times a day!

“They’ll go up into the water column and spawn once with one individual as female and the other individual as male. They’ll come back down to the substrate, maybe do some courtship behaviors, and then they’ll switch gender roles and do it again,” says Mary Hart of the University of Florida
Eggs, in general, are more costly to produce than sperm. So for this relationship to remain fair, each partner needs to contribute a similar number of eggs. The fish partner up with other fish of a similar size – generally a good determinant of reproductive quality. The researchers found that within pairs, the bass produced a similar number of eggs to one another. They expected to find that if a fish began to produce fewer eggs than expected that they would quickly find themselves replaced with a better egg producer. This was not the case.The fish remained in their pairs for the whole study period, suggesting they stay in their pairings for most of their adult lives. Instead of breaking up and having to make a new pair bond with a potentially unreliable or difficult to secure new partner, they restore equality. The researchers found that some big fish produced fewer eggs than would be expected, and some small fish produced more. “That suggests that partners are matching their investment in female function,” explained Hart.By paying attention to how much their partners were investing, the fish are able to reduce their chance of being exploited by a partner who isn’t playing fair. In addition, the fish that reduce the number of eggs they offer up to match their partner’s contribution could be giving their excess eggs to fish outside of their partnership – about 20% of fish engaged in these extra pair matings, a tactic that can increase their reproductive success whilst maintaining a long term relationship.

Through matching their exchanges of resources, they are able to maintain these long term pair bonds and maintain cooperation even in the presence of these extra-pair mating opportunities.

Further research would be necessary to fully understand why this species prefers pairing despite living in a high density social group. But for now, Hart and Kratter have theorised that it may be more biologically expensive to find a new mate and go through extended courtship rituals on a daily basis than to remain with the same partner.

For the chalk bass, there aren’t plenty more fish in the sea when everyone else is coupled up, and in order to get the most out of a partner, perhaps you have to make the most of yourself.