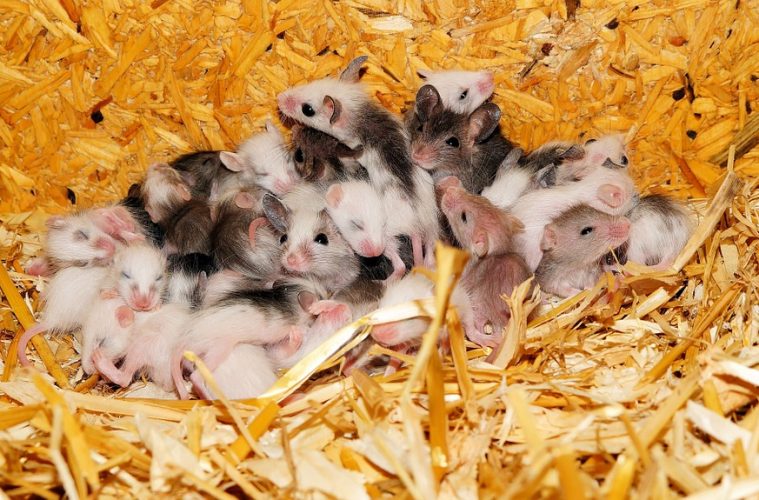 Mice sometimes cooperate when rearing young, forming communal nests that allow for resources to be shared amongst all pups present. But in these communal nests, all is not as friendly as it initially seems. Scientists recently examined the impact of unequal litter sizes on this cooperative behaviour in mice, and discovered why being ‘fashionably late’ in birthing can become a benefit for some.

By genetically modifying mice to control their litter size, a team from the University of Zurich discovered that if females contribute an equal number of pups to a shared nest they are more cooperative than if they have unequal litter sizes. Mice are more likely to cooperate with mothers with similar litter sizes as they are able to “lower their risk of being exploited,” suggests researcher Manuela Ferrari. This seems to make a lot of sense and certainly creates a nice image of harmonious living amongst mice.

However, the study also uncovered a much more sinister side to the behaviour of the pregnant mice. The female mouse that gives birth first is far more likely to lose offspring to infanticide committed by the still expectant pregnant female. This allows the second female, giving birth later, to skew the resource shares in her offspring’s favour. Talk about pushy parenting…

These findings raise further questions about the causation of the cooperative behaviour in the first place. Prior to birth, is there a dominance structure between the two mice? Would a mouse higher up the hierarchy gain precedence in a shared nest? Hierarchies are often strictly observed in social mammals and it is common for the offspring of the dominant female to be protected by the group. It is possible that the polygamous nature of mice creates greater equality amongst all the offspring.

And what is the role of the male throughout this complex process? It is safely assumed that he does not cooperate in the communal nursing, but is he displaying any other form of parental input after fertilisation? Would a male mouse intervene to protect his offspring against a murderous female, or does he prefer to impregnate as many females as possible and rely on weight of numbers to pass on his genetic information?

Such a fascinating discovery in cooperative mammals may raise more questions than it answers. For now, we’ll have to wait until further research digs deeper into the sinister side of resource-sharing and cooperation amongst mice.