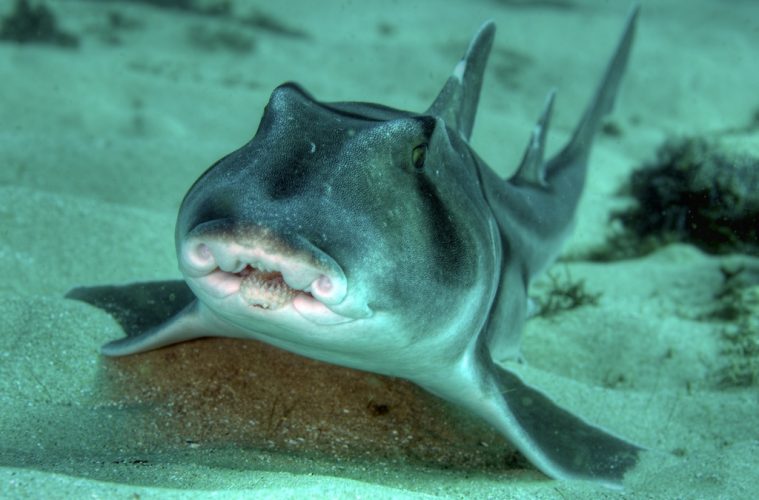 Sharks show off their distinct personalities in new study

For the first time, evidence presented from Macquarie University, Australia demonstrates how shark personalities can vary. This finding follows recent research that highlighted how fish personalities can be shaped by social interactions.

Having personalities means that we differ in the way we feel about and respond to the world around us. Humans can relay this information to one another through language, but for sharks, the researchers had to observe them closely in order to understand if they had personalities, too.

The team observed the performance of juvenile Port Jackson sharks (Heterodontus portusjacksoni). They repeatedly monitored their boldness in leaving the safety of cover to explore a new environment, and their response to the stressful situation of being handled by researchers.

The Port Jacksons were indeed different in their responses. Some would dare to explore new environments, and would struggle violently when handled. Others remained under cover and acted more calmly in the hand.

Most importantly, they found that individuals reacted the same way to repeated scenarios, suggesting that these responses were indeed an aspect of their individual personalities.

“This work shows that we cannot think of all sharks as the same. Each has its own preferences and behaviors, and it is likely that these differences influence how individuals interact with their habitat and other species,” said Evan Byrnes, lead-author of the study.

The team suggest that these differences in personality are likely to be caused by a range of factors including gender, inherited traits and life experience. The biological triggers that cause the release of stress hormones are also thought to play a strong role in how sharks and other animals react to new or difficult situations.

As apex predators in marine ecosystems, sharks are highly adapted to their habitat. Differences in personalities allow for a range of possible lifestyles that offer different risks and rewards. A shark with a bold, risk-taking personality may be more likely to get rewarded by exploring new environments or reacting more actively to threats, but is also more likely to risk their life in doing so.

This research highlights that fish have cognitive abilities just as complex and variable as mammals. Learning how their personalities can vary can provide insights into their ecology and help us to understand the psychology of these wonderful animals.