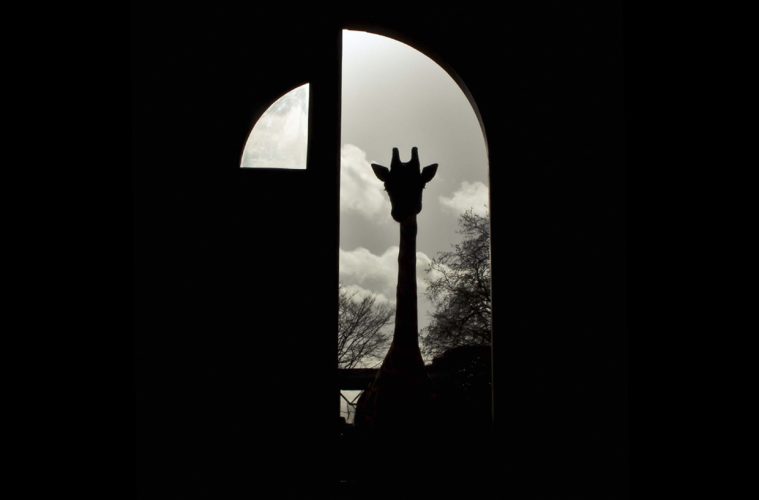 How the giraffe got its neck, and other stories

It’s difficult being a giraffe. Standing at over five metres in height, giraffes are both vertically gifted and challenged. Having your face up at tree level makes it easier to get the food that nothing else can reach, but there are problems with being tall. How does a giraffe get enough blood to its head? How do they even grow tall in the first place? For giraffes to live with their long neck, a whole suite of adaptations are in place to support it. We know bits and pieces about these adaptations to the infrastructure, but we don’t know which genes are responsible for the changes. An international team of geneticists led by Morris Agaba wanted to find out. They sequenced the genomes of one giraffe living in Nashville Zoo, and one giraffe from the Masai Mara in Kenya. They then compared this with cattle (which are distant relatives to giraffes), and okapi. Okapis are the closest living relatives to giraffes. Unlike the giraffe, they are short-necked and short-legged, and resemble what we think the early giraffe ancestors looked like. Differences between the genomes of giraffes, okapi and cattle will flag up genes which have undergone significant mutations over the 28 million years since these animals shared an ancestor. These genes point towards the adaptions that give the giraffe its neck.

You and I have seven neck vertebrae, just like giraffes. All mammals (aside from a couple of species which break the rules) have seven neck vertebrae. The giraffe’s neck length is achieved by elongating the neck vertebrae in the middle. Agaba and colleagues have identified that one of the genes responsible for regulating skeletal growth is markedly different in giraffes compared to other mammals. The fibroblast growth factor receptor 1 gene (or the shorter name of FGRR1) regulates the growth of somites (the building blocks) in the embryo. In people, FGRR1 mutations can result in severe skeletal defects. In the evolutionary history of giraffes, a random mutation in FGRR1 may have unlocked this ability to elongate the neck vertebrae. Another problem with having your head so high in the air, is the ability to get blood to it. Just like having poor water pressure upstairs – sometimes you need a stronger pump. Giraffes have the highest resting blood pressure amongst mammals, just to maintain adequate blood circulation to the head. They manage this by bulking up the heart muscle. Without this, giraffes would pass out on a regular basis. That’s only half the problem. Having high blood pressure is a good solution to the height issue, but could be catastrophic when the giraffe puts its head down. Giraffes’ heads clearly don’t explode each time the lower their head for a drink, and they don’t seem to suffer from the same organ damage that other mammals with hypertension have. Eight of the genes that control blood pressure – via regulatory proteins – are specialised in giraffes. These are the same control mechanisms that humans manipulate with blood pressure medications, and allow the giraffe’s circulation to cope with the vertical demands.

Are giraffes ‘more evolved’ than other animals?

It’s easy to look at giraffes and assume that they are superior or more evolved than other animals, just because they have a rather obvious specialisation. Zoologists once speculated that the short-necked okapis were in fact ‘living fossils’; hiding in the depths of the rainforests of central Africa, unchanged for millions of years. Actually the okapi genome and the giraffe genome are equally distinct when compared with cattle, suggesting that they have both been evolving at a roughly similar rate. Okapis are far from being living fossils, they have evolved, and are special in their own right.

Investigations like this reveal new pieces to old puzzles. This tells part of the giraffe’s compelling evolutionary story, and more. Giraffe’s have evolved strategies to cope with demands such as high blood pressure and heavy necks, and the secrets are in their genome. We never know where the next scientific breakthrough will come from. The cure for such a life altering disease like hypertension might be just out of grasp, but with the help of a giraffe perhaps we can reach upwards just a little bit higher.