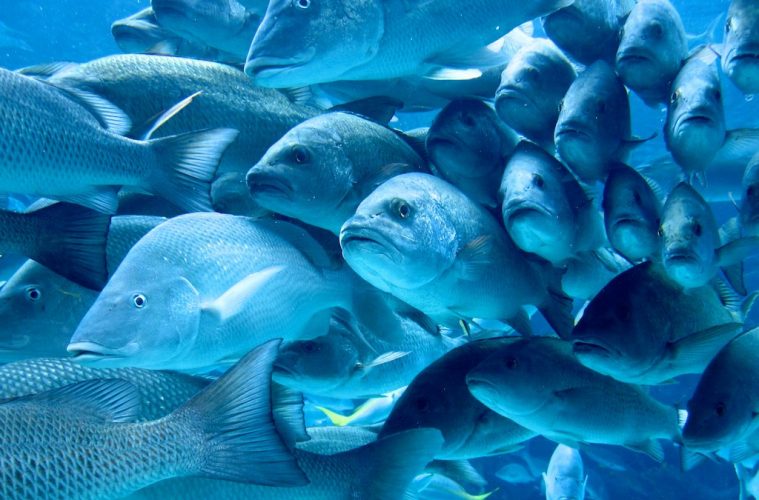 A new study indicates that fish personalities can be influenced and changed by social context — meaning fish may be more complex and socially aware than we previously believed.

Fish, in general, have long had a reputation as one of the least independently-minded groups of animals on the planet. The image of a school of fish flowing together almost as one larger creature can seem to solidify the idea that the fish themselves are interchangeable automatons and indistinguishable from each other in every way.

Yet multiple studies have demonstrated that fish can and do exhibit individual personalities (as any aquarist or fishkeeper will confirm!). Even closely related fish of the same species and raised in the same environment can react differently from each other in any given situation, each following their own individual pattern of behaviour.

The question of “What determines a fish’s personality?” is fascinating from an intellectual or evolutionary point of view, but understanding what drives fish behaviour also has practical applications for aquaculture or aquaria (or even for hobbyist fishkeepers wondering why their pet tetras insist on leaping out of the tank!).

With this in mind a group of scientists from the Centro de Ciências do Mar (CCMAR) in Portugal recently set out to investigate if fish personalities could be influenced by social context. Are fish more likely to alter their personalities to mimic their fellows in the school, or to exaggerate their differences from those around them? Or, do they stay true to one consistent personality regardless of the behaviour of the other fish they are with?

To examine this question the team of researchers acquired five hundred gilthead seabream (Sparus aurata), all randomly selected from the same captive-reared population and all individually tagged. To identify the personality type of each fish, the researchers employed a simple “restraining test.” Every fish was briefly held in a net (though not harmed) while the researchers recorded how long it took for each individual to attempt to escape and how many escape attempts were made. Fish that resisted quickly and made repeated attempts to escape were classified as “proactive” (i.e. “active” or “bold”), while those fish that were calmer and made few or no attempts to escape were put in the “reactive” (i.e. “passive” or “shy”) category.

The fish were then organised into schools based on their personality type results—shy fish housed in a tank with fellow shy fish, and bold fish with fellow bold fish. Other tanks contained schools of “intermediate” fish that did not score as either shy or bold or “mixed” schools where all personality types were equally represented.

One month later, the same personality test was repeated. The fish that had been housed in the intermediate school or the mixed-personality school reacted in the same way to the restraining test as they had at the start of the experiment, confirming that personality is generally consistent.

Intriguingly, however, the fish that had scored as either “active” or “passive” and had been housed in a school with exclusively like-minded fellows showed varying results on the personality assessment—meaning some of the shy fish became bolder when housed with other shy fish, and some of the bold fish became shyer when housed with other bold fish. So fish not only have individual personalities, but also have the ability to change their normal patterns of behaviour and adapt in response to social context.

From a human point of view this makes intuitive sense; we would expect shy people to show more confidence in the absence of pushier personalities, or that a typically self-assured person might become more meek when surrounded by people even more assertive than they are.

Yet, among fish, these results may suggest more complexity or social awareness than previously believed. Fish do seem to be influenced by their peers beyond just blindly following each other, opening up new questions about the true nature and extent of fish social interactions.