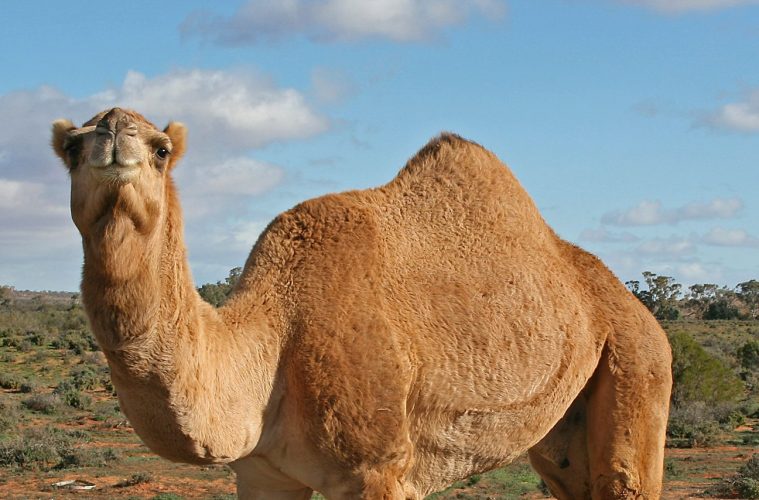 How the ‘ship of the desert’ was domesticated

Bathed in sunshine, casting shadows on the sand beneath their feet, ‘ships of the desert’ are an iconic animal, synonymous with travel through romantic and beautiful desert landscapes. For over 3,000 years, though, the one-humped dromedary camel (Camelus dromedarius) has been essential to the development of human society, making travel and trade possible across some of the world’s most arid and hostile terrains. But the history of the dromedary’s domestication has remained something of a mystery. A new study published this month sheds light on the origins of the domestic dromedary, from its humble beginnings on the southeast Arabian Peninsula to forming the backbone of communities living in arid environments.

“Many open questions remain with regard to the dromedary’s domestication and evolutionary history,” says Pamela Burger from the Research Institute of Wildlife Ecology at Vetmeduni Vienna. “We have managed to turn the wild dromedary into a domesticate, but we don’t know how and where domestication began and what effect it has had on today’s animals.”

To help understand they dynamics of domestication, Burger and her team compared the genetic profiles of modern dromedary populations with those taken from the bones of both domesticated and wild dromedaries, some of which were up to 7,000 years old.

The wild ancestors of the modern dromedary lived alongside their domesticated relatives, but went extinct around 2,000 years after domestication began. It is possible that wild dromedary populations had already been in decline due to global climatic events. The rapid cooling and drying of the northern hemisphere around 8,000 years ago had devastating effects on several civilizations, and may have resulted in smaller, fragmented populations of wild camels.

Once domesticated, dromedaries were used for long distance travel and trade both within and outside of the Arabian Peninsula. As trade routes such as the Silk Road and Spice Route were developed and expanded, dromedary camels were spread as far as north Africa, Turkey and India. While traders’ caravans moved along these routes, dromedary populations crossed paths and interbred. This may explain why domesticated dromedaries still maintain high genetic diversity – unusual in a domesticated species.

Domestication usually involves selective breeding of animals to enhance desirable traits, thicker wool perhaps, or larger muscles to provide meat. This usually results in very low genetic diversity in domesticated animals. But the dromedary appears to be an exception to this rule.

That dromedaries carry high genetic diversity can even be seen in domestic and feral populations in Australia. Although all Australian dromedaries were imported from small area in the northwest of India between the 1860s and 1920s, these populations still have the same genetic makeup as dromedary populations from elsewhere in the world. This lends further support to the historical cross-breeding that occurred while camels were expanding along trading routes thousands of years ago.

Dromedaries have been critical to the development of human societies in Asia and North Africa, trudging stoically through barren landscapes and across shifting sands. As climates continue to change, and the threat of increasing desertification looms, the high genetic diversity in dromedary populations may allow them to adapt to their changing world.

“The dromedary has outperformed all other domesticated mammals, including the donkey, in arid environments and continues to provide essential commodities to millions of people living in marginal agro-ecological areas,” says Dr Faisal Almathen from the Department of Veterinary Health and Animal Husbandry at King Faisal University in Saudi Arabia and lead author on the study. “The genetic diversity we have discovered […] is quite remarkable in the history of its domestication. It underlines the animal’s potential to adapt sustainably to future challenges of expanding desert areas and global climate change.”