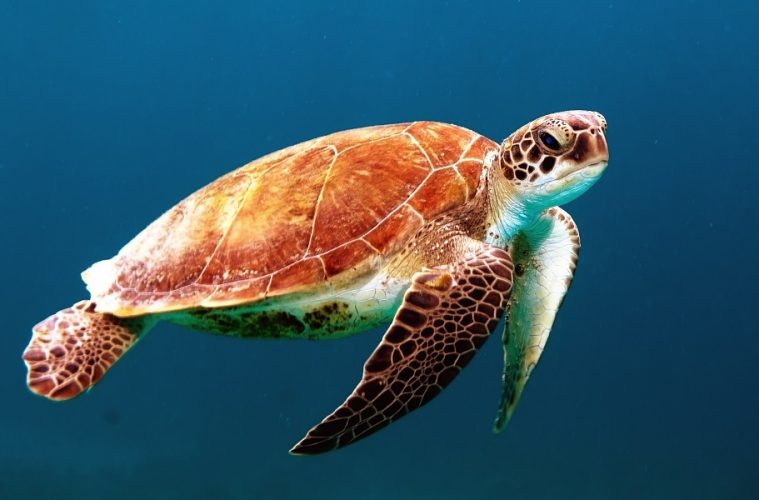 Sea turtles play important roles in both aquatic and coastal ecosystems, spending most of their life at sea but requiring sandy beaches to reproduce. When they haul themselves up beaches to nest, they lay an average of 50-350 eggs per clutch, and can lay up to 8 clutches per season. But only 1% of these are likely to survive to adulthood, making it vitally important for sea turtles to successfully nest and lay as many eggs as they can each season. A study by the University of Florida has found that just tidying up sea turtle nesting beaches may increase their breeding success.

The research team led by Dr Ikuko Dujisake counted sea turtle nests at three beach sites in Florida for two years, before completely clearing one of the sites of debris and counting the nests again over the following two years.

They found that the number of turtle nests in the cleared section was 200% higher than it was in the pre-clearing years. They also found that the beaches that weren’t cleared of debris had 46% fewer nests than previously, suggesting that the discerning turtles may choose to nest at the clearer beaches than those cluttered with debris.

“Our results showed that the presence of large debris on a sandy beach could alter the distribution of sea turtle nests by influencing turtle nest site selection,” said Fujisaki.

Most of the debris the team removed was natural woody debris and fallen trees that may have accumulated on the beach after tropical storms or as a result of human activities. Whilst natural debris may eventually biodegrade over time, large man-made debris made from concrete and metal is likely to remain on beaches unless removed by humans.

Florida is home to five of the seven living species of sea turtle, all of which are considered to be threatened or endangered. Two species in particular, the Hawksbill sea turtle (Eretmochelys imbricata) and Kemp’s ridley sea turtle (Lepidochelys kempii), have been declared as critically endangered due to over-exploitation from humans for their meat and shells. “Sea turtles in Florida are classified as either endangered or threatened, depending on the species. Restoring their nesting habitats is critical to keeping them alive,” said Fujisake. “With humans encroaching on their natural habitat, sea turtles face an uphill climb to stay alive.”

The results of this study demonstrate how the presence of natural and man-made debris on beaches can have a negative effect on the nesting of sea turtles. The researchers hope that this discovery may help with conservation efforts towards improving the breeding success of all sea turtle species.