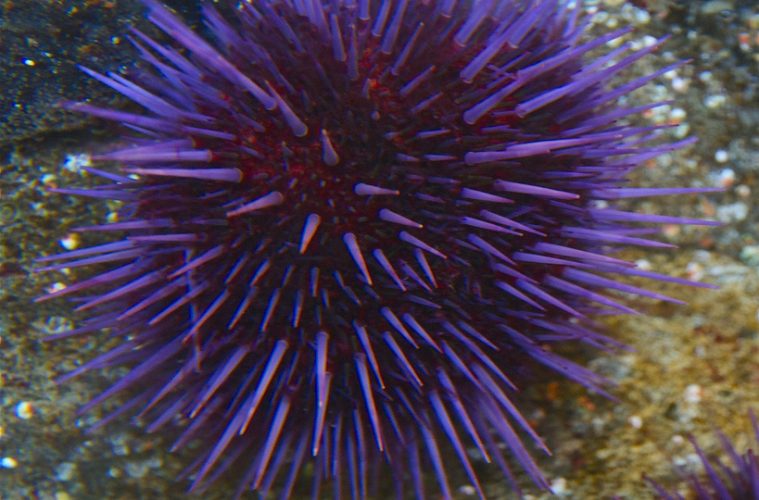 The sea urchins that defy ageing regardless of lifespan

Ageing – the reason we will all eventually die. Our bodies and minds change. We undergo physical and psychological alterations. Our tissues become worse at regeneration and repair. Similarly our reaction times decrease, we become more susceptible to disease and our immune systems become less effective. We like to think we can slow the creeping of age. Eating healthily? Probably a safe bet. Fountain of youth? Dubious. Anti-ageing skin treatments? Possibly even more dubious. But, over time, most animals will inevitably feel this insidious decrease in maintenance success, and the decline in the ability to repair and regenerate tissues. One exception is a group of unassuming, frequently overlooked marine organisms: the sea urchins.

The sea urchin is a spiny, calcified marine organism that often goes unnoticed, unless you have had the painful misfortune of standing on one. A recent study has reported that the sea-urchin’s ability to maintain and repair its tissues does not decline with age, regardless of species lifespan.  Regeneration is important in the Echinodermata phylum (from the Latin; Echino – spiny, Derm – skin), the group to which sea urchins belong, as well as starfish. Both starfish and sea urchins have the ability to regenerate large portions of their body. A starfish can grow back its arms, and a sea urchin can grow back its spines and its tiny sucker-like tube feet.

What’s more, sea urchins appear to be able to defy ageing. They can reproduce throughout their entire lives, and they can regenerate lost body parts. Whilst most animals cannot regenerate large complex body parts, like a leg, they can all regenerate and maintain their bodies on a cellular level. But this regenerative ability usually declines with age.

Not so for the sea urchins! The recent paper by Dr Bodnar and Dr Coffman has shown that across several species of sea urchin; the green sea urchin (Lytechinus variegatus), the purple sea urchin (Strongylocentrotus purpuratus) and the red sea urchin (Mesocentrotus franciscanus), the ability to regenerate lost or damaged tissues does not decrease with age.

These species were chosen as they occupy similar habitats, yet they have enormous differences in life expectancy – ranging from 4 to 100 years! The fact that all species showed the same consistent ability to regenerate tissue despite age and life expectancy undermines the current evolutionary theories of ageing. It was previously expected that species with shorter lifespans would invest fewer resources in maintenance and repair, perhaps to invest greater energy in reproduction. So this study has shed light on a new, unexpected factor that contradicts the current theory.

This apparent lack of ageing is potentially explained by the slow nature of the species. Sea urchins metabolise very slowly, meaning that the processes and reactions that occur within their bodies are very slow.

So cell death and cell growth do not occur as often as in other animals, and so the need for sea urchins to replace and repair cells is far less common too. These levels of cell death occur at a consistently slow rate throughout the urchin’s life, so there is no increase in cellular damage, or ageing, as the organism gets older.