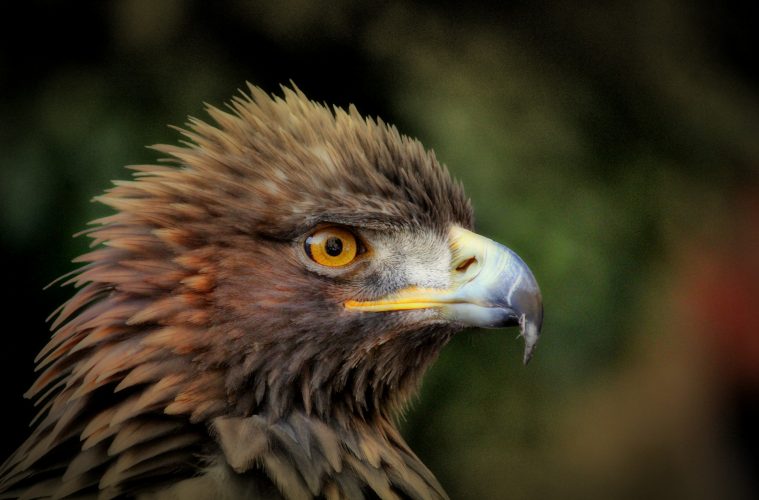 Why raptors are losing the race in beak evolution

Ever since Darwin’s famous observations of the Galapagos finches, the wonderful and vast diversity of bird beaks has provided a wealth of examples of natural selection – from the spoonbills to the woodpeckers, toucans to crossbills, many different bird lineages have shown the evolutionary ability to adapt their bill shape for specialised, diet or foraging related purposes.

However, the raptors may be the exception to this rule. In a collaboration between the Universities of Bristol, Sheffield, Madrid and York, researchers investigated the variation in beak shape between 147 different raptor species. They did this by scanning the skulls and using a method called morphometric analysis – a way of comparing 3D structures statistically.

They looked at how beak shape related to the overall size of the skull, the bird’s diet, and how it was related to other raptors. Contrary to their expectations, they found that the beaks of raptors don’t vary all that much, and that the size of the birds’ skulls has a strong bearing on the bills structure.

“[I]n birds of prey such as eagles and falcons, the shapes of the skulls change in a predictable way as species increase or decrease in size,” said lead author Dr. Jen Bright. “The shape of the beak is linked to the shape of the skull, and these birds can’t change one without changing the other.”

The implication is that the variation in feeding behaviours that can be seen in raptors is generally enabled by changes in overall size, rather than the bill shape.

It is known that the development of a bird’s beak is driven by a few genes active in the ‘snout’ of the embryo, and that changes to the timing at which each gene is active can produce astounding variation in beak shapes.

The researchers suspect that being able to decouple the development of the beak and the rest of the skull is what has allowed other groups of birds to evolve such variation. Given that raptors are thought to have emerged early in the evolution of modern birds, and evolved from separate ancestors, it is possible that the strong constraint on beak shape is the ancestral state for birds.

“We think that being able to break this constraint – letting the beak evolve independently from the braincase, may have been a key factor in enabling the rapid and explosive evolution of the thousands of species of songbirds such as Darwin’s finches and Hawaiian honeycreepers,” said Dr. Bright.

A limited diversity and adaptability in beak shape could prevent groups of birds from exploiting new and separate dietary niches, an important factor in the evolution of new species. So could this constraint be linked to lower species diversity in some bird groups? The researchers are currently investigating other groups of birds to better answer this question, and in doing so, may help us better understand the diversity of birds we see today.