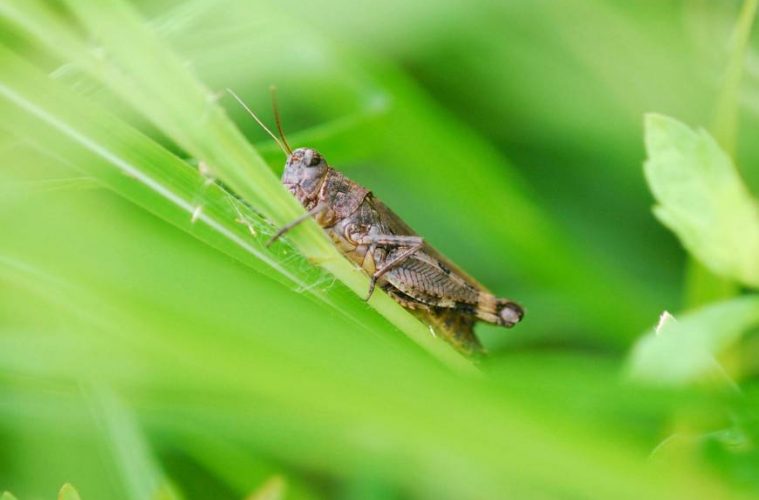 One of the most endangered insects in Japan has been rediscovered after thirty years.

The red-winged grasshopper, Celes akitanus, was known to inhabit semi-natural grasslands and pine forests, but the last reliable record dated from three decades ago, in 1986. As such, the species was long thought to be extinct in Japan, until recently, when five adults and one nymph were found during field surveys in the Nagano prefecture. Despite being listed as extinct by some, the red-winged grasshopper was indeed still alive and kicking.

Scientists from Kobe University and Kyoto University published the description of the newly found specimens, which were found to match the existing holotype for the species and to be comparable to C. akitanus specimens from China. The rare grasshopper is quite large, and gets its name from the flashes of vivid red on its hind wings.

Masaaki Kobayashi, a grasshopper specialist, was part of the team that drafted the 2004 red list that classified C. akitanus as extinct in the Nagano prefecture: “I had thought (the species) was extinct, so my hands trembled when I actually found them,” said Kobayashi, who remembered collecting C. akitanus during his university years.

The grassland areas in which the new C. akitanus specimens were collected are known to harbour several endangered species, and are directly threatened by human development. The authors of the current study urge that the remnants of grassland habitats be protected to safeguard biodiversity.

The Japan Times (2015). Endangered grasshopper found in Nagano for first time in 50 years.