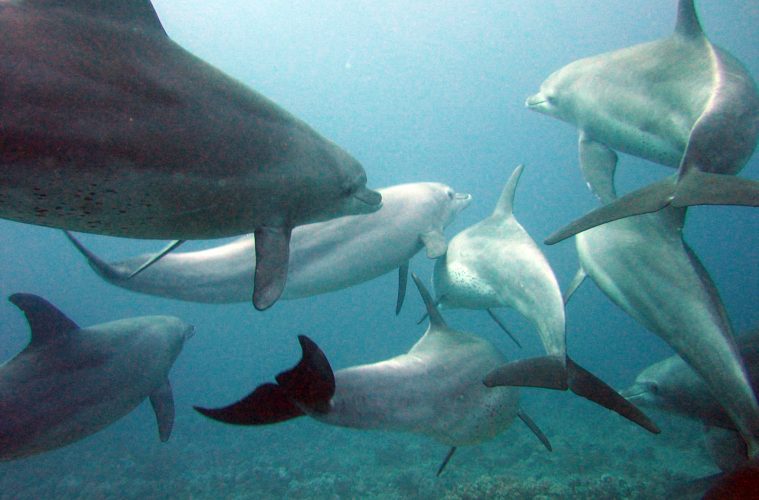 Bottlenose dolphins of the United States migrate up and down the Atlantic coast, heading north in the spring, and south again in the autumn. The seasons are a factor, it seems, but how exactly do the dolphins know when to make their migratory move?

New findings from the University of Georgia suggest that bottlenose dolphins (Tursiops truncatus) use water temperature as their cue to turn around and begin the long journey in the other direction.

Over 1000 dolphins were identified and their every move was tracked. They were recognised by their dorsal fins, as each one is completely unique in shape and they also develop characteristic scratches and notches over time. Just like a human fingerprint, these features allow identification of individual dolphins, so each dolphin could be tracked throughout their migrations.

The researchers found that dolphins tended to begin migration when water temperatures dropped, moving south to warmer waters. It is still unclear whether the move south is simply for warmth, or whether it is due to other factors, such as increased numbers of prey.

The amount of salt in the water also affected whether dolphins hung around – the dolphins were at their lowest abundance when salinity was high.

Knowing more about when and where dolphins are likely to be throughout the seasons will aid their conservation. Common bottlenose dolphins are at risk from entanglement in recreational fishing gear and exposure to agricultural chemicals that have found their way into the water, as well as human recreational activities.

The researchers suggest that if water salinity and temperature is monitored, then it may be possible to predict when the dolphins will migrate – knowledge that may enable trawlers to be warned of their presence, potentially minimising deadly encounters.