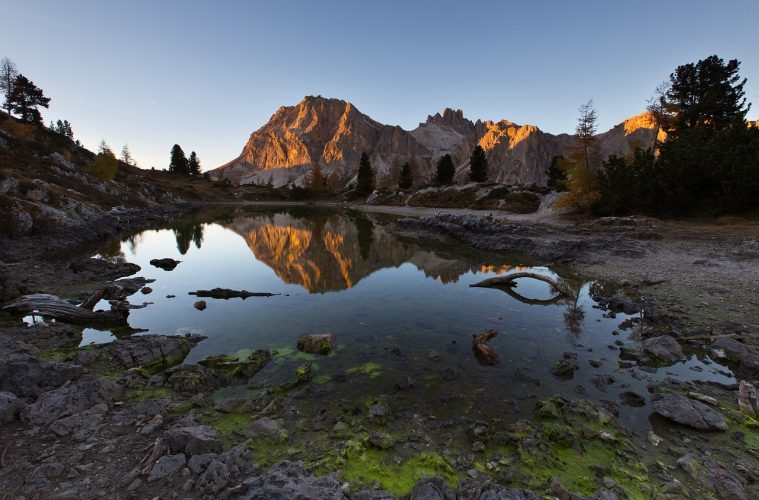 How did life begin? Some of the greatest minds have been struggling with this enormous question throughout history. A new study may have uncovered something rather special about an essential evolutionary step in the origins of life – a missing link – and where this could have happened.

Our understanding of the conditions and events that must have occurred on early Earth has grown in leaps and bounds in the past century, though we still lack any definitive answers, and much research is still largely speculative – leading to a great deal of debate over the finer details of life’s origin.

One long-standing argument is over where it was possible for early lifeforms to develop. Suggested locations have ranged from deep sea thermal vents, tidal pools and hot springs – conclusions largely based on the availability of certain important chemicals necessary for early life. But according to the findings of Nicholas Hud and his research team, of the Georgia Institute of Technology, the location needn’t have been so specific to generate the conditions for one crucial step in life’s evolution – the chemical evolution of the precursors to DNA.

Hud and his researchers managed to generate molecules that may resemble the precursors of RNA – a molecule structurally related to DNA. What’s more impressive, is they did so under such every-day conditions, that it’s possible these molecules first appeared in something as simple as puddles. RNA is a nucleic acid, like DNA, and both molecules are capable of carrying genetic information. Their structure is similar, both forming long strands, made out of individual ‘nucleotides’. The nucleotides themselves contain a sugar (Ribose in RNA, Deoxyribose in DNA) and a special ‘nucleobase’ which allows the molecule to bind to other molecules – in DNA, to other DNA strands, intertwining to form the famous ‘double-helix’. However, unlike DNA, RNA is single-stranded.

Many scientists studying the evolution of these essential molecules, support an idea known as the ‘RNA world hypothesis’. It states that abiotic (non-living) reactions generated the primitive predecessors of RNA, and eventually, DNA. This is based on the presence and vital function of RNA in all living organisms, and the fact it’s structure would allow it to fulfill many of the processes necessary in primitive cells. Though how these complex molecules were assembled, outside of the optimal conditions of a living cell, is a puzzling enigma.

“Early Earth was a messy laboratory where probably many molecules like those needed for life were produced,” said Hud. “Some survived and prospered, while others eventually vanished … That goes for the ancestors of RNA, too.”

Hud was working with two potential ancestors of the nucleobases found in RNA – barbituric acid and melamine, which were found to readily combine and form a molecule that could look something like RNAs ancestor, with different nucleobases – a ‘proto-RNA’ – something which many researchers have tried to identify. The ‘missing link’ of RNAs evolution, as it were. The molecules even joined up to form strands, thousands of nucleotides long, which resembled RNA.

“These reactions are exceptionally productive, especially if you compare them to analogous reactions with existing RNA components, which do not produce any nucleotides under the same conditions,” said Hud.

Importantly, both barbituric acid and melamine would have been abundant on early earth, meaning there would be no shortage of the necessary ingredients for proto-RNA. The findings may suggest that, far from being a one-in-a-million event, the evolution of RNA may have been far more probable than expected. If further findings support this study, the implications could be much broader – it may be that the evolution of life may be something much less scarce in the universe.

There is still yet to be a clear idea of how exactly barbituric acid and melamine may have transformed into the nucleobases seen in RNA, though the research team is currently investigating all the possible mechanisms.