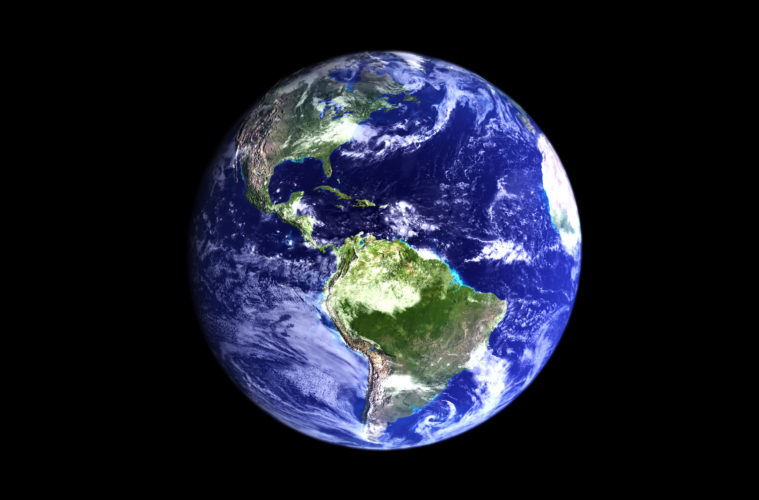 Around the world in under a decade, ocean currents pushier than we thought

If you live in the ocean and you can’t swim, you are at the mercy of the ocean currents. The powerful currents of the ocean can transport microorganisms and objects all across the globe. New research from Princeton University suggests that the ocean’s currents are speedier conveyor belts than we might have expected.

In 1992, 29,000 rubber ducks and other plastic toys fell into the ocean from a Chinese freighter; scientists have since been able to track these ducks around the world to gain an understanding of how long it takes the ocean to disperse floating objects. A similar scenario occurred in 1990, in which 60,000 shoes were accidentally plunged into the ocean off the coast of Alaska. The shoes have been riding the currents around the Pacific Northwest ever since.

A study recently published in Nature Communications has looked to explore ocean currents further. Researchers wanted to look at how the ocean currents dispersed objects that have no control over their movement, such as phytoplankton, bacteria and ocean debris. Dispersal in this way has big implications for both the resilience of ocean biodiversity to climate change, and the way in which we deal with human-made floating debris in the future.

Bror Fredrik Jönsson and his colleagues developed a computer model to explore this. In their model they could virtually release particles representing phytoplankton and debris and run simulations based on known currents, whilst tracking their movement. They eventually tracked over 50 billion particle positions, tweaking their model as they went to improve its accuracy.

The researchers were keen to explore the implications that their work could have on phytoplankton dispersal. Phytoplankton reproduces asexually, so only one organism needs to reach a new habitat in order to begin colonising it. This led researchers to look at the shortest possible time it might take for phytoplankton to get around the world. “The rule for our phytoplankton was ‘drive at fast as possible,'” said Jönsson.

It appears that phytoplankton and other objects could travel from one point in the ocean to almost any other place in the ocean in less than a decade.

“Our study shows that the ocean is quite efficient in moving things around,” reported Jönsson. “This comes as a surprise to a lot of people, and in fact we spent about two years confirming this work to make sure we got it right.”

Simulation of particles being released into the ocean. Blue colours represent a low particle density whilst red indicates high. The particles can be seen spreading to the North and South Pacific, Europe, African and the Indian Ocean.  (Animation by Bror Jönsson, Department of Geosciences, Princeton University).

Professor of Marine Sciences Per Jonsson at the University of Gothenburg said that this research offers a new look at how our oceans are connected. “This is the first attempt to identify time scales of connectivity and possible dispersal barriers for plankton across all oceans,” said Jonsson. “The general message is that all parts of the ocean surface are connected on surprisingly short time scales. This implies that regional declines in plankton fitness due to climate change may be buffered by relatively rapid immigration coupled with community sorting or evolutionary change”.  The authors also offer a practical and predictive tool for a range of studies regarding global ocean dispersal, including the spread of contaminants and marine litter.

The research is good news for marine phytoplankton. It may mean that they are more resilient to changing ocean conditions than we thought, as their rapid spread could allow them to recolonise areas where they have been lost or move on to more suitable waters. There are, however, some negative consequences to consider as well, as it also means that human-made debris and accidental ocean spillages could very rapidly become a problem in areas much further away from where they originated.