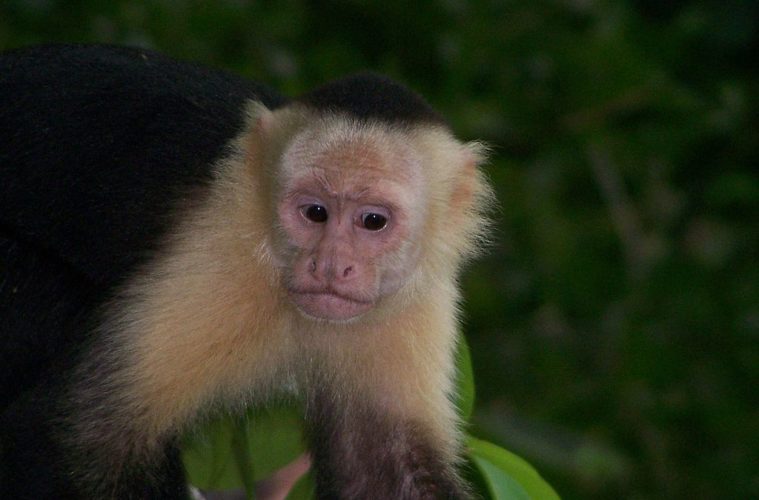 Between 37 and 34 million years ago, a few intrepid monkeys, clinging to rafts of vegetation, were washed away from the African continent and towards South America. They formed the basis of the ‘New World’ monkeys, which includes marmosets and spider monkeys, among others. There they remained until around 3.5 million years ago, when the formation of a strip of land connecting North and South America, the Isthmus of Panama, enabled monkeys to reach Central America for the first time.

At least, that was the theory. An extraordinary new find by a team of researchers, led by palaeontologist Jonothan Bloch, shows that monkeys found a way to cross the divide between North and South America almost 18 million years earlier than previously thought.

Bloch’s team discovered seven fossilised teeth, from a previously unknown monkey species, in the Panama Canal Basin. Panamacebus transitus lived around 21 million years ago in the early Miocene. “We suggest that Panamacebus was related to the capuchin and squirrel monkeys that are found in Central and South America today,” Jonathan Bloch said.

The expansion of the Panama Canal began in 2007, and afforded scientists a unique opportunity to study ancient fossil-bearing rocks uncovered by the construction work, which would otherwise have been hidden under forests. It took two years of careful inspection of the teeth to place Panamacebus in the primate family tree, and Bloch hopes to discover further fossils of this new species when he returns to Panama next month.

This is now the earliest known evidence for a mammal species dispersing from South to North America. The record was previously held by giant sloths, whose fossil remnants suggested movement between the continents between 8.5 and 9 million years ago.