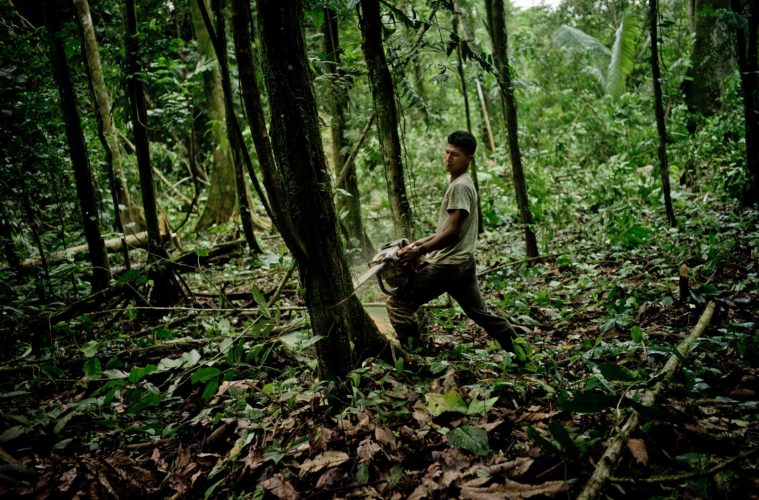 How Giving up Meat Can Save Forests of the Future

Feeding the world’s growing population is one of the greatest challenges facing our current and future generations. The increasing demand for food is putting pressure on global agriculture to expand into wild forest habitats, particularly in tropical regions. Forests are incredibly important natural resources for both wildlife and humans, making them a strong concern for worldwide conservation efforts.

But what if we can feed the world without cutting down our tropical rainforests? A team of researchers from the Institute of Social Ecology, Graz, Vienna, Austria have presented new evidence that putting down the meat and picking up the vegetables could remove our reliance on agricultural deforestation.

In a recent study published in Nature Communications, the researchers developed a computational model which used information about the predicted supply and demand of agricultural biomass around the world. We don’t know exactly how much space we will need to produce our food in the future, but we can predict it depending on varying factors like crop yields, what areas we use, and what choices we make when it comes to eating. By doing this, the researchers came up with 500 scenarios of what our future needs might be.

“We focused on these factors because they are known to be crucial for agricultural development and forest protection,” explains Karlheinz Erb, lead author of the study.

Can we meet these needs without resorting to cutting down forests to clear areas for agriculture? Contrary to previous assumptions, the team found that the majority of future scenarios were achievable without agricultural expansion into forests. If every person in the world adopted a vegan diet, 100% of the future scenarios were possible without forest loss – we’d guarantee our food needs without touching our dwindling forests. If we all went vegetarian, we’d still be able to achieve global food supply in 94% of the proposed future scenarios. However, if current dietary trends remain the same worldwide in the year 2050, approximately 66% of scenarios were possible without deforestation and only 15% were possible if the world adopted a Western meat-heavy diet.

Dr Erb and his team explain that the main reason behind these large differences in land requirements is due to the inefficiencies of keeping livestock: “In general terms, animals are ‘thermodynamic converters’. Thus, if feed is fed to animals for food production, a lot of energy is lost.”

Western meat-heavy diets are much more resource intensive compared to vegan and vegetarian diets as they require land for livestock and their feed, but only a small area of that land is converted to food. The team proposes that limiting the use of animals and animal products in global diets could help reduce or remove future plans for deforestation.

Worldwide dietary trends are incredibly varied with geography, societal traditions and religion playing a very large role in what gets eaten. Almost 40% of Indians are vegetarian due to the high Hindu population, compared with the worldwide average of 1-2%. In fact, the average meat consumption per person in the USA is 120 kg per year which is almost 30 times the meat consumption per person in India.

Alternative diets such as pescetarianism and entomohpagy (insect-eating) are also common throughout the world, but these may not be the best solutions to the environmental issue. An increase in pescetarianism may reduce the terrestrial space required for farming but marine ecosystems are also already threatened by an expanding food industry, and it’s likely that many Western countries would be reluctant to adopt insects as a substitute for meat.

Although raising livestock is more land-intensive and less efficient than growing crops, it does have other social and economic benefits. “Livestock fulfill many functions for society such as risk reduction, drought power and capital stock, so they contribute to food security,” says Dr Erb, adding that animals may be able to use land unsuitable for crop growth, which can increase agricultural productivity and resilience against factors such as climate fluctuations.

By demonstrating how social dietary changes can have a huge impact on the world’s agricultural burden, Dr Erb believes that a forest-filled future is more than just a possibility: “That deforestation would be a necessity is sometimes used to justify current trajectories of agricultural expansion –and we show that it is just a myth”.

Explaining why forests were the target of their investigation, Dr Erb said “We focus on forests as these are central in climate-change and biodiversity discussions. In the past decades, forests have been the main sources of new additional agricultural land. We wanted to explore what is possible without further deforestation.”

Forests cover around 30% of the Earth’s land surface and 80% of all terrestrial species on Earth call the forest their home, including almost 300 million humans. As well as being major sources of biodiversity and ecosystem services, forests also play an important role as carbon sinks around the world and it is estimated that 15% of all greenhouse gas emissions are the result of deforestation.

The researchers conclude by stressing the importance of developing improved tools for monitoring the many social and ecological trade-offs that come with global issues:  “These tools need to be comprehensive and able to detect problem shifts. Many of the existing models come from one-dimensional, mostly economic thinking and can only depict gradual changes, but the future will bring the necessity to tackle more radical changes. Our model could make one step in this direction.”