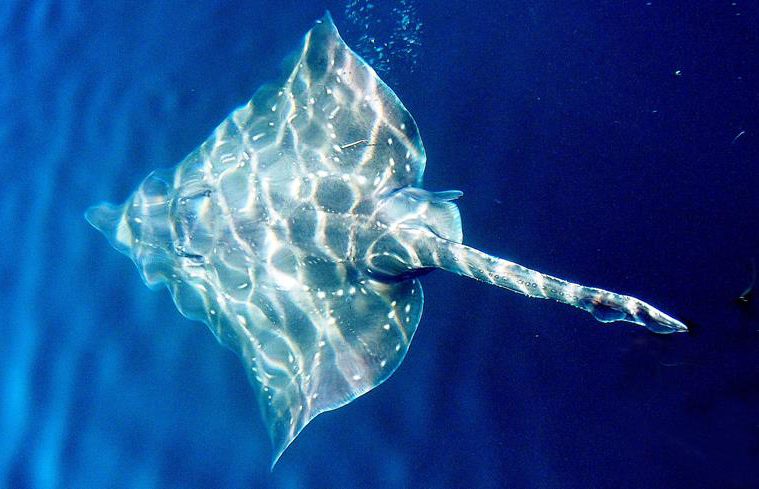 Are Critically Endangered Skates Landed by UK Fisheries Despite Ban?

Since 2009 it has been prohibited for EU vessels to catch certain species of Endangered or Critically Endangered skates. Yet recent examination of official UK fisheries catch data from 2011-2014 reveals that northern UK fishing ports still commonly report landings of these prohibited species, indicating that UK fisheries may not be properly enforcing the ban, and as a consequence could be subjecting these highly vulnerable species to continued risk of decline or even extinction.

During the dawn of industrialised fishing in the late 1800s, the widely-held assumption was that the ocean’s resources are bountiful and infinite and so there was no need to keep accurate catch data. Overfishing occurred on a staggering scale and thanks to the lack of proper monitoring many population collapses occurred quietly. Species after species declined or disappeared without anyone really noticing until the hindsight of today.

Worldwide organizations such as the International Union for the Conservation of Nature (IUCN) now work to assess the status of as many species as possible with the hope of preventing these ‘invisible’ extinctions. Included on the IUCN Red List is the white skate (Rostroraja alba), which has an Endangered status, as well as the inaptly-named common skate (Dipturus batis)—which indeed was quite common two hundred years ago, but has been so severely overfished that it is today listed as Critically Endangered.

Skates are closely related to sharks and rays and as a group these species tend to grow slowly and reproduce very little, making them particularly vulnerable to extinction. The common skate does not even reach maturity until it is eleven years old and females only reproduce every other year.

In response to the alarming decline of the common and white skate and their listings on the IUCN Red List, it became prohibited, as of 2009, for EU vessels “to fish for, to retain on board, to tranship or to land” those species in certain ICES (International Council for the Exploration of the Seas) areas. Naturally, it is impossible to follow such a prohibition if multiple species are lumped together into one generic “skates and rays” category, as was common at that time—so the new regulations in 2009 also required that all catch data be species-specific.

A few years later researchers analysing the official UK fisheries catch data over the timespan of 2007 to 2010 noted that comparatively fewer landings of the prohibited species were reported in 2010, after the ban was put in place. Assumingly, that number would soon decrease to nearly zero due to enforcement of the ban.

Samantha Simpson and Dr David Sims from the Marine Biological Association of the United Kingdom recently undertook an analysis of the UK fisheries data over the period of 2011 to 2014 to see if the prohibition was being followed. They hoped and expected to find very few, if any, common skates or white skates among the reported catches—but this was not the case.

What the researchers discovered instead was that over the course of four years, 9.6 tonnes of common skate were reported among the official UK fisheries catch data, as well as 17.89 tonnes of white skate in the restricted ICES areas. Based on the average body mass of a common skate this data implies that hundreds of individual common skates were landed each year and potentially thousands over the course of the four-year period. In addition, some ports were still reporting catches under the “skates and rays” generic category, despite the 2009 mandate to report by species—meaning the number of common skates or white skates taken in those ports is impossible to know. The implications of the researchers’ discovery are disturbing. If accurate, this catch data reveals that Endangered and Critically Endangered species are being openly and regularly caught in UK waters in blatant disregard of an explicit EU mandate, years after its passage. If the situation of these species was dire enough several years ago to earn a spot on the IUCN Red List, removing hundreds or thousands of individuals from the population since then cannot possibly be without consequence for their odds of survival.

Simpson and Sims point out that while there have been known cases of fishers purposefully misreporting a species in order to obtain a higher retail price, one would assume that there is incentive to misreport a prohibited species as a non-prohibited one—not the other way around. They also acknowledge that honest misidentification of species is common in fisheries (particularly when species are physically similar and difficult to tell apart); however, fisheries catch data still goes through a multi-step system of being checked and rechecked by several agencies, and the researchers conclude that it is unlikely that uncorrected errors alone can account for the large quantities of common skates and white skates in the official data—especially because misidentification errors would be just as likely to go the other way.

Perhaps most convincingly, Simpson and Sims realised that the reported data of common skate landings (specifically, the fact that they were reported much more in northern UK ports than in southern ports) lines up with the known distribution of the skates. This is further indication that the data reflects actual catches of these species and not a series of unlikely errors.

In the face of such evidence, the researchers are led to a cautionary conclusion: that their study does seem to imply that UK fisheries are openly catching, landing, and selling critically endangered skates despite a prohibition against it.

At the very least the results of this study demonstrate that UK fisheries are either not being monitored enough or the 2009 ban is not being enforced enough, considering the official data on the fisheries records show, correctly or not, that prohibited species have been caught in UK waters for years. As the researchers point out, “The UK spends significant public funds on the monitoring and enforcement of fisheries regulations,” and yet “there appears to be a lack of official investigation to determine the origin of the apparent prohibited landings and to correct them where necessary.”

When one considers that so many species across the globe, and particularly beneath the waves, are declining or even going extinct without notice, even realising that a species is in trouble and pushing successfully to get a species listed on the IUCN Red List or a ban put in place requires laudable effort—which could all be for naught if that ban is not enforced. The continued presence of common skates and white skates in UK waters is by no means guaranteed. If the situation continues unchecked, by the time the official UK fisheries catch data finally starts reporting “none caught” for these endangered skates, it may be because there are simply none left.

For close-up footage of the common skate in its natural habitat, click here to watch a video taken by Oceana.