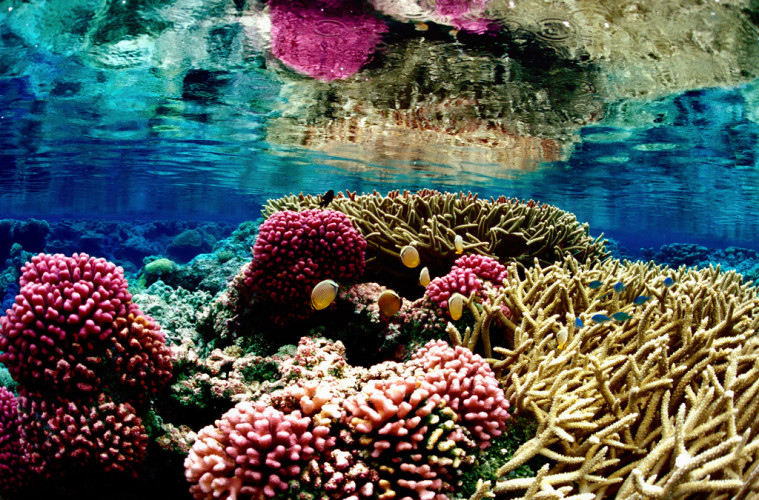 The growth of the coral organisms’ hard, calcium carbonate skeletons form the backbone of coral reefs, upon which other organisms grow. A key aspect in the development of reefs is not only the rate at which they grow, but also how quickly they are broken down, and new research shows this could be significantly affected by climate change.

Corals are broken down by animals that eat their hard skeleton, a process known as bioerosion. These ‘borers’ include sponges and marine worms, and grazers like parrotfish and urchins. In contrast, corals get bigger when encrusting algae and invertebrates, such as oysters and barnacles, settle upon them, known as secondary accretion.

Researcher Nyssa Silbiger and colleagues have developed an innovative new technique for assessing changes in reef growth caused by these two factors. Using micro CT scans – a technique more commonly applied in the medical field to create 3D images of internal organs and bones – Silbiger has been able to assess how changes in the ocean affect both bioerosion and secondary accretion.

“While there are several methods currently being used to test how bioerosion responds to environmental variability, our study provides the first method to accurately separate bioerosion and secondary accretion on the same time-scale and determine how these processes individually respond to different environmental parameters,” said Silbiger.

The scientists constructed blocks of calcium carbonate from pieces of dead coral skeleton. Micro CT scans were taken of the blocks, which were then attached to existing reefs in Kāne‘ohe Bay off the coast of Hawaii. After one year on the reef, the blocks were collected and rescanned. The team could then compare the before and after scans and calculate how much new growth had settled on the block and how much had been eroded away.

Using this new technique, the researchers were able to calculate how coral reefs respond to changes in the ocean that might be brought about by global warming.

Their results have big implications to the sustainability of reefs, as the ocean becomes more acidic with climate change, the reef could be eroded faster than it grows.

“The results of our study are sobering because it seems that even if corals can adapt, acclimatize or withstand changing ocean pH, bioerosion of the reef framework will still continue to increase,” commented Silbiger.

These results could be critical in the long term approach to coral reef conservation, as it gives unparalleled insight into how environmental variability impacts the growth of coral reefs.

“We are able to assess the addition or removal of calcium carbonate at a resolution of 100 microns – approximately the thickness of a human hair,” said Silbiger. “There is so much that we can learn about coral reefs using micro CT scans. My colleagues and I are mining all the information we can from this exciting technology.”