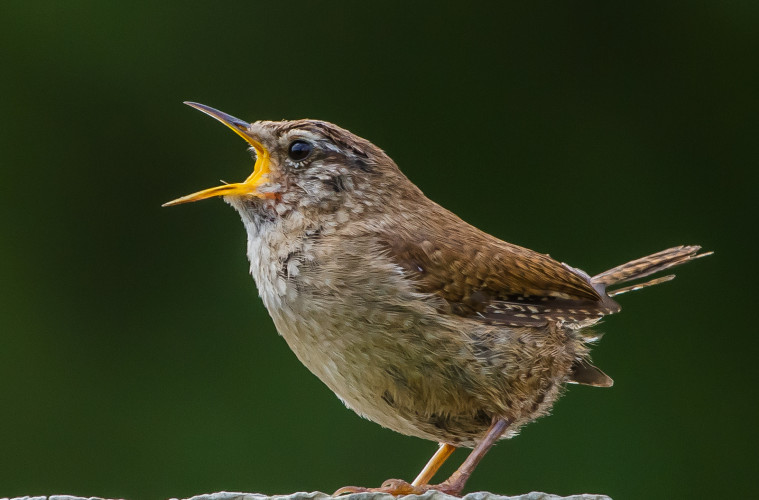 Populations of common birds are being strongly affected by climate change, and in similar ways across Europe and the USA, a new study shows.

An international team of over 30 researchers, led by Dr Stephen Willis and Dr Philip Stephens of Durham University, collected climate records from 1980 to 2010 in order to analyse historical climate patterns in both Europe and the USA. These patterns were used to predict where populations of common bird species were likely to either improve or decline, based on their associations with suitable climates.

Field observations of birds were then used to confirm these predictions. “We had this amazing data set collected by thousands of volunteers over decades – where people have gone out and counted birds across different countries in Europe and the United States,” explained Dr Willis.

In Europe, 145 common bird species such as the wren were examined and 380 species in the USA, such as the American robin.

Despite major differences between the available habitats on each continent, this study finds that the effects of climate change are strikingly similar for bird populations in both Europe and the USA.

The study reveals that wren populations in Europe are increasing in northern countries and declining in the south as temperatures increase. Similarly, the American robin has been declining in southern USA but increasing in the northern states. These changes are all consistent with the climate-based predictions.

David Noble from the British Trust for Ornithology, who was also involved in the study, said: “The similarities in results between the two continents, despite very big differences in their landscapes, geographic barriers and patterns of vegetation, are compelling evidence for the climate change effects.”

As well as assessing changes in climate, the team found that other factors such as body size and migratory behaviour affected bird population patterns, but these did not differ between populations that were considered to be improving or declining.

“If there was no impact of climate change, you would expect the average population trend of species in the two groups to be the same, but the differences expose the fact that recent climate change has already favoured one set of species over another,” said Dr Stephens.

Dr Willis added: “This helps us to understand where climate change is affecting populations, and to understand the causes of population changes of common birds that might also be affected by factors such as habitat loss and agricultural intensification.”

The research team conclude by applauding the decades of data contributions from the public. “This is work carried out by thousands upon thousands of volunteers,” explained Dr Willis. “It really demonstrates the power of citizen science.”