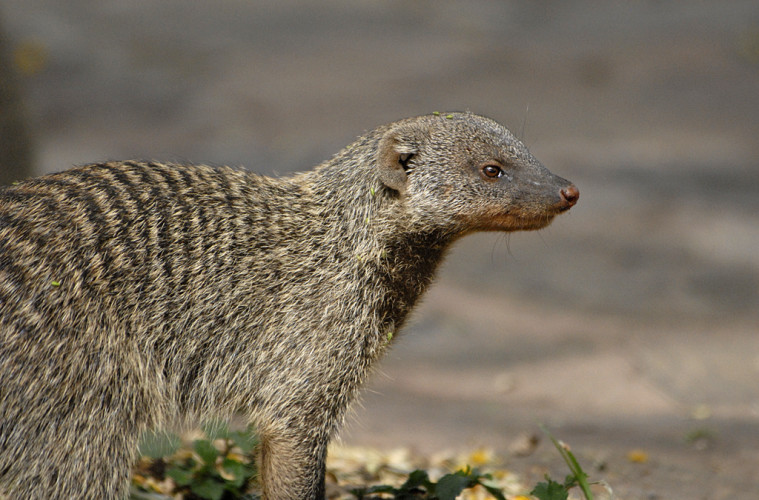 Civil war among the mongooses

The banded mongoose, a small social mammal of the African savannah, is known to be one of the most cooperative and helpful of all animals.

They live across central and southern Africa in family groups of up to 28. Individuals routinely feed and protect the offspring of other group members, and when one of their own is threatened they gang up together to defend against attack from predators or a rival team of mongooses.

But life is not all friendly cuddles between team-mates. Recent research shows these animals have a dark side. In the latest study of these mongooses, published recently in the Proceedings of the Royal Society B, researchers from the University of Exeter, Liverpool John Moores University and I show how competition between relatives can lead to mass evictions.

The drama ensues when the presence of greater numbers of offspring and younger siblings compromise the productivity – breeding success – of senior group members.

Over a period of days, the happy family’s territory then becomes a chaotic battleground between relatives. The conflict is ultimately resolved by the older, dominant individuals evicting their younger team-mates en-masse.

Shrieking battle cries accompany the civil war, with mothers and fathers chasing and wrestling their own daughters and sons, and elder brothers and sisters attacking their younger siblings. The tension is palpable, and the wounds can be bloody as well as psychological. The evictees do not want to leave and try to hang on in there, before surrendering and fleeing after days of sustained persecution.

Domestic violence is a common threat for banded mongoose.

Eviction is not the only behaviour used to alleviate reproductive competition within groups of banded mongoose. Infanticide has been recorded, with adults killing the pups of fellow group-members, and there is also evidence that a female may abort gestating young during periods of stress, and that to do so increases the chance that she is not herself evicted.

Kicked-out in order to kick-on

We must take care not to judge such behaviour within a human context, however. Eviction, infanticide and abortion may appear callous, but ultimately those mongooses that are evicted will usually go on to disperse successfully and found new groups with a refreshed gene pool (thanks to reduced inbreeding).

This latest study shows the value of long-term research and collaboration. When I first arrived in Uganda’s Queen Elizabeth National Park back in 1996, to investigate these mongooses as part of a partnership between the University of Cambridge and the Uganda Wildlife Authority, I never imagined that these same mongooses would continue to be monitored by researchers over the subsequent two decades.

We are now at a stage where today’s field researchers are following the great, great, great, great, great … offspring of the original group members. Such studies, monitoring the life history of multiple generations of individuals within populations, provide a remarkable insight into the evolutionary ecology of species, and tell us a great deal about how and why animals behave the way that they do.

I have spent much of my life as a behavioural ecologist studying cooperative animals, including banded mongooses but also chimpanzees, grey mouse lemurs, and even social spiders. Perhaps the most fascinating aspect of these societies is that while we observe cooperation on the outside, closer inspection often reveals that such apparent friendly helpfulness is underpinned by conflict and the threat of aggression. Sometimes your best friend can turn out to be your worst enemy.