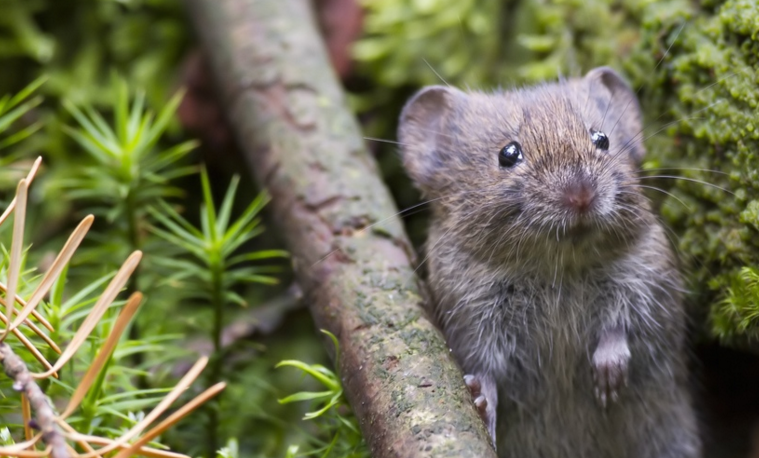 Why some plants and animals will thrive under climate change

It’s mid-February and along Britain’s south coast gilt-head bream are drifting from the open sea into the estuaries. Meanwhile, thousands of little egrets are preparing to fly to continental Europe for breeding season, though a few hundred will remain in the UK.

Across northern Europe, young wasp spiders will soon scamper out of their silky egg sacs. And this summer, countryside visitors throughout the south of England will catch sight of iridescent blue flashes as small red-eyed damselflies flit across ponds.

These events all have one thing in common: they’re happening much further north than they would have as recently as 20 years ago.

It’s not just a European thing. Polar bears are on the move, umbrella trees are creeping northwards through the US, and tropical birds in New Guinean mountains are retreating uphill. Southern Africa’s iconic quiver tree, which provides refridgeration in its hollowed out trunks, is itself escaping the heat and heading away from the equator. Across the world species are moving from their natural habitats.

Fingers point at climate change. As areas become too hot or dry, many wildlife populations are declining. But on the flip side, some species are showing up in places that were historically too cold or wet.

The story we usually hear is of terrible declines in plants and animals. The Pyrenean Frog is languishing on mountaintops on the Spanish-French border, for instance, unable to move to cooler climes. Magellanic penguin chicks are dying in storms brought on by climate change. Costa Rica’s golden toads, which are actually a rather amazing bright orange, are thought to have been driven to extinction by warmer, drier weather, among other factors.

So why are so many species threatened by climate change, while others, like the gilt-head bream, little egret and wasp spider, are able to thrive?

Colleagues and I have just published a paper that tries to answer this question. Our team, led by Alba Estrada, wanted to understand why some species decline in the face of climate change while others colonise distant habitats.

Colonisation might avoid extinctions and may even make some species more successful than they were before climate change. If we could predict which species can and can’t colonise new locations, we could decide which are most in need of conservation.

How far individual animals or plant seeds can move was long thought to be the most important factor. For example, the wasp spider has probably spread so quickly by using an extraordinary technique called ballooning: releasing fine threads of silk into the air and floating for many kilometres on them.

But other characteristics also turned out to be highly important. For example, how quickly plants and animals can breed, how well they can compete with other species for resources, and what kinds of food they can eat or habitat they can live in.

The upshot of this is that we might be able to predict which animals will thrive under climate change. The wood mouse is found throughout continental Europe, up to the southern tip of Norway and Sweden. As climate changes, we think the mouse will move north into Norway, Sweden, and Finland because it can breed quickly, live in lots of habitats, has a broad diet, and individuals can travel a long way.

On the other hand, consider the European ground squirrel. This small rodent currently lives in southeast Europe, though large parts of the rest of the continent will become suitable as the weather warms. However, we think it might stay just where it is because it can only live in grasslands – and climate change won’t suddenly turn farms and forests into meadows.

It’s encouraging to know that some species are doing well under climate change, and that northern European wildlife lovers can look forward to seeing some exotic plants and animals in their countryside. There are some headaches, however. Those gilt-head bream are munching away on the local shellfish, which might be taking food away from the native fish. Small red-eyed damselflies look great, but they could become all too common around British ponds and outcompete native species. Several birds that have colonised the UK from warmer climes seem to be have been helped along by wetland conservation areas.

Could the very methods we use to protect wildlife be helping some dangerous species to spread? There are good reasons to both welcome these newcomers with open arms, and worry about the damage they might do. Climate change is once again posing us some tricky conservation questions.